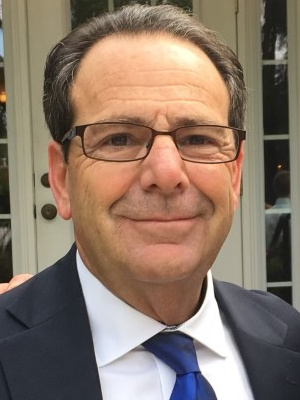 Richard was born in Cleveland, Ohio on June 19, 1955. He grew up in Lyndhurst and graduated from Cathedral Latin High School in 1973. He received his bachelor’s degree from The Ohio State University and spent his career working in Human Resources.  Richard and Liliane raised their twins, Jad and Michele, in the South Euclid area.

Richard loved to play golf and was a huge Cleveland Browns, Cavs and Guardians fan and could be found at their games on a regular basis cheering them on. His favorite artist to listen to was Neil Young. Richard’s loving family describes him as friendly, social, fun-loving and witty. He had a great sense of humor. He was devoted to his family, including his extended family, and found his greatest enjoyment in life spending time with his children and grandchildren. Richard will be missed dearly by all who knew him.

In lieu of flowers, the family requests contributions be made to the Providence House   https://www.provhouse.org/

Cremation by DeJohn Crematory. Family and friends are requested to meet for the Mass of Christian Burial Friday November 18, 2022, at 10:30 AM, at St. Francis of Assisi Catholic Church, 6850 Mayfield Rd., Gates Mills, OH 44040. Reception for family and friends following the Mass.

Offer Condolence for the family of Richard J. Jackson

We are pleased to provide for you this grief video series by Doug Manning titled The Journey of Grief. His presentation about the END_OF_DOCUMENT_TOKEN_TO_BE_REPLACED