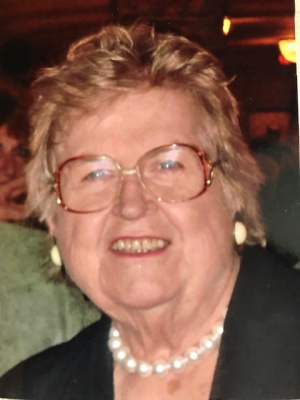 Alicia Irene Orel (Milewski), age 93, passed away on January 15, 2021. Alicia was born on July 28, 1927 in Cleveland Ohio to Konstanty and Leokadya (Miloszewski) Milewski. She married Ted Orel on September 27, 1947. They celebrated 73 years of marriage until Ted’s death on January 5, 2021 and Alicia looked forward to joining Ted in Heaven.

After graduation from South High School, Alicia was a bank teller until her marriage to Ted Orel. Alicia and Ted raised three daughters. Alicia enjoyed being a mother and housewife. In addition to caring for her children, she was an avid knitter and knitted designer sweaters for a variety of retailers. Alicia was also active with Collingwood Memories and the Union of the Poles.

Per Alica’s request there will be no visitation. A mass of Christian Burial will be held at a later date. The family would like to give a special thanks to the caregivers at the Greens and Fountains Care and Rehabilitation Center and a special thank you to Crossroads Hospice for all of their care and compassion.

Offer Condolence for the family of Alicia Orel

We are pleased to provide for you this grief video series by Doug Manning titled The Journey of Grief. His presentation about the END_OF_DOCUMENT_TOKEN_TO_BE_REPLACED