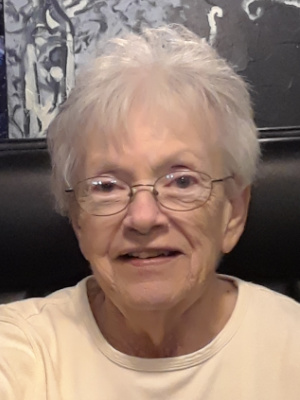 Barb was born June 27, 1934 in Providence Rhode Island and died peacefully at home March 14, 2022. Barb resided in Munson for the last four years after spending the last forty in Connecticut. Barb was a member of and worked for Henry Carter Hull Library in Clinton, Connecticut for eight years after dedicating herself to her family as a homemaker. She was an avid reader and was a sports fan, especially golf and football.

She enjoyed dining out and traveling in retirement. However, what brought her the greatest joy was spending time with her family. She loved the holidays and the family coming together for Thanksgiving and Christmas.

Barb was well-liked and reserved. She was quiet and those who knew her would describe her as sweet. Everyone enjoyed being around her. She will be dearly missed.

Contributions may be made in memory of Barb to Lake Humane Society. Services to be held at a later date in Connecticut. Arrangements by The DeJohn Funeral Home & Crematory of Chardon.

Send Flowers in Memory of Barbara A. Comeau

Offer Condolence for the family of Barbara A. Comeau

We are pleased to provide for you this grief video series by Doug Manning titled The Journey of Grief. His presentation about the END_OF_DOCUMENT_TOKEN_TO_BE_REPLACED