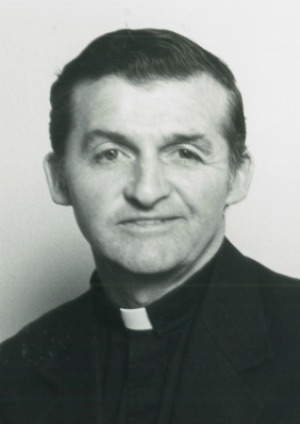 BR. DAVID PATRICK PHELAN, S.S.S., aged 86 years, a member of the Congregation of the Blessed Sacrament, passed away Wednesday, November 27, 2013 at Regina Health Center where he resided. Beloved son of the late Patrick and Josephine (nee O’Callaghan), dear brother of the late John and Joseph Phelan and Mary Johnson, survived by many nieces and nephews.

Br. Phelan was born on July 2, 1927 in Worcester, Massachusetts. He was baptized on July 24, 1927 at St. Stephen’s Catholic Church. He entered the Congregation in 1956, made his First Profession in 1958, and his Perpetual Profession in 1961. He received a Masters in Religious Education from Fordham University in 1972.

Contributions are suggested to the Blessed Sacrament Education Fund, 5384 Wilson Mills Road, Highland Heights, Ohio 44143. Religious, relatives and friends are invited to pay tribute and celebrate the life of Br. David Phelan on Tuesday, December 3, 2013 from 10:00 to 11:00 AM. at Regina Health Center, 5232 Broadview Road, Richfield, with a Mass of Christian Burial following in the Chapel at 11:00 AM. Burial in All Souls Cemetery.

We are pleased to provide for you this grief video series by Doug Manning titled The Journey of Grief. His presentation about the END_OF_DOCUMENT_TOKEN_TO_BE_REPLACED