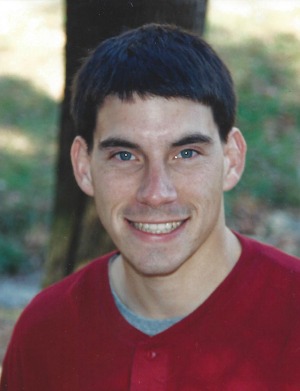 Chuck was a 19-year resident of Chesterland, formerly of Marysville. He graduated from Marysville High School, where he was an accomplished wrestler. He had the distinction of never being pinned by an opponent, and competed and placed at the State championships his Senior year. Chuck graduated from The Ohio State University, and worked as a Mechanical Engineer at BWXT for 15 years. He loved being with his wife Sally and his children Opal and C.J., and especially loved the tradition every Thanksgiving of making cranberry orange relish. Chuck enjoyed exercising and spending time outdoors with nature, and was a fan of 80s music, especially U2 and INXS. His family described him as a quiet man of few words, but with a great sense of humor. Chuck will be dearly missed.

Cremation by DeJohn Crematory. Family will receive friends to pay tribute to and celebrate the life of Chuck at THE DeJOHN FUNERAL HOME & CELEBRATIONS CENTER OF CHESTERLAND 12811 CHILLICOTHE ROAD (Rt. 306, just south of Mayfield Rd.)  SATURDAY SEPTEMBER 2, 2017 from 12-4 PM.

Offer Condolence for the family of Charles E. Contizano

We are pleased to provide for you this grief video series by Doug Manning titled The Journey of Grief. His presentation about the END_OF_DOCUMENT_TOKEN_TO_BE_REPLACED