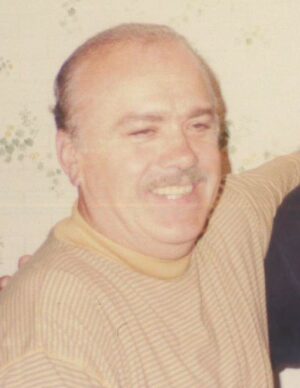 Charles was born on December 17, 1939 in Vorosbereny, Hungary and passed away on January 5, 2021. He proudly fought in the Hungarian Revolution in Oct. 1956., before escaping capture and fleeing to a refugee camp in Austria, where the United States offered him refugee status in America and he set sail by ship to the US. Charlie arrived at US Army’s Camp Kilmer Refugee Camp in New Jersey around Dec. 1956 and eventually arrived in Cleveland later that month where many other Hungarian refugees had also settled. He found his home in the Buckeye Road neighborhood where he had an aunt and uncle who gave him a room in their basement until he found his footing. During this time Charlie served a short time in the United States Army around 1957-58 and was stationed at Fort Jackson in Columbia, SC before receiving an honorable discharge and returning to Cleveland. There, amongst the many wonderful people of Buckeye Road, he found the love of his life, Maria Orban, who was also a Hungarian refugee. Together they married and built a family with their two children, Marie and Charles J. In 1972 he and Marie moved the family to Willoughby Hills. He worked briefly at Ford Motor Company in the early 1960’s before starting a lifelong career on the railroad from around 1962 where he made many friends and helped other young men find jobs. He began with New York Central Railroad, then Penn Central, and lastly Conrail until he retired in 1997. He served for several years as president of the Machinists Local Union at the railroad and loved helping other workers negotiate their grievances. Charlie was also always very interested in world and national politics and knew the importance of everyone’s contribution. He enjoyed traveling to Florida for spring break where he loved to eat at seafood restaurants on family vacations and simply socializing with family and friends. He also appreciated a well-polished yard, which he obtained by gardening and daily yard work. In his younger years he liked going to Watkins Glen in New York to watch the road racing, and cherished his sporting firearms. He was an extremely likable and outgoing man that would always offer to help others. It’s hard to find a single person Charlie met that did not like him, and for that he will be dearly missed.

Contributions may be made in memory of Charles to the Alzheimer’s Association. A private service will be held on Saturday, January 9, 2021, at 2 PM with LIVE STREAMING available on the website. Cremation by DeJohn Crematory. Burial at All Souls Cemetery at a later date. Arrangements by THE DeJOHN-FLYNN-MYLOTT FUNERAL HOME OF WILLOUGHBY HILLS.

Offer Condolence for the family of Charles K. Hartmann

We are pleased to provide for you this grief video series by Doug Manning titled The Journey of Grief. His presentation about the END_OF_DOCUMENT_TOKEN_TO_BE_REPLACED