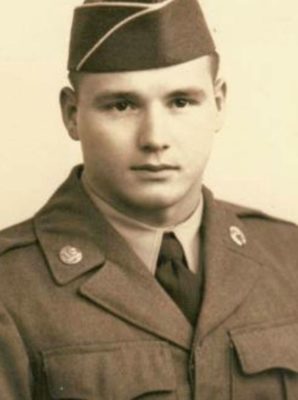 Charles Joseph (Chuck) Penko, was born on February 14, 1931 in Weirton, West Virginia. He was the youngest son of Joseph and Mary Penko, and was the beloved brother of Joe, Emil, and Stanley. Joseph and Mary emigrated from Slovenia in the early 1900’s to the United States in search of political freedom. They lived briefly in Pennsylvania and eventually settled for good in Cleveland, Ohio. The boys grew up during the Great Depression, and this greatly affected Chuck’s view of the world. At an early age, he learned about poverty, and saw how the love, kindness, and protection of family, friends, and even strangers could enable you to endure and overcome the hardest situations. He had a tremendous mind and sense of humor, and was a life-long learner. He was proud of his Slovenian heritage and served his country with honor in the Army during the Korean War. As a young man, he enjoyed dancing, played the accordion, loved photography, and was an endurance runner. His athletic prowess earned him the nickname “Charles Atlas.” He was a master tool-and-die maker for General Electric for many years. He will be remembered most lovingly as a gentle and funny man who loved to play jokes on his wife, kids, and grandkids. In his later years, he explored genealogy, became very proficient on a computer, was a well-known history buff, kept his mind sharp working Sudoku puzzles, and loved vacationing in Lakeside, Ohio with his family. He loved animals and treated his dogs and cat with as much love as he did his human family members. He was a wonderful husband to Marie Penko, a loving, proud father to Cathy, Betty, Charlie, Nancy, and Mary, and a doting grandfather to CJ, Tom, Jessica, Michelle, Kaitlin, Maureen, Arielle, Kaylee, Jillian, and Jacob, and a beloved uncle, grand-uncle, and friend to many. He passed away on January 24, 2019. He will be greatly missed.

In lieu of flowers, the family requests donations to Hospice of the Western Reserve.

Mass of Christian Burial Monday, January 28, 2019 at 10 AM at St. Mary Catholic Church 401 North St., Chardon, OH 44024. Burial following with Military Honors at All Souls Cemetery. Family will receive friends to pay tribute to and celebrate the life of Charles at THE CHURCH MONDAY MORNING 9-10 AM. Arrangements by THE DeJOHN Funeral Home & Crematory of Chardon (formerly Ritondaro).

“I believe that what we become depends on what our fathers teach us at odd moments, when they aren’t trying to teach us. We are formed by little scraps of wisdom.” —Umberto Eco

Offer Condolence for the family of Charles J. Penko, Sr.

We are pleased to provide for you this grief video series by Doug Manning titled The Journey of Grief. His presentation about the END_OF_DOCUMENT_TOKEN_TO_BE_REPLACED