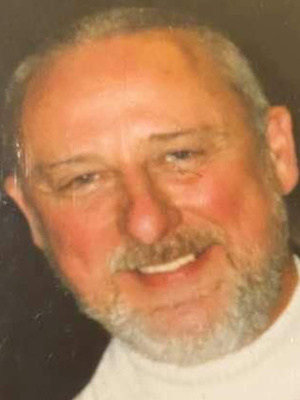 Charles was born on May 28, 1943, in Cleveland, Ohio, and passed away on January 22, 2021 with family by his side. He was a lifelong resident of East Cleveland and resided in Euclid, OH for the last 31 years. He attended Maple Heights High School before transferring and graduating from Shaker Heights High School. Charles had several different nicknames. His sister referred to him as Charlie and his friends and other family members called him Charlie, Ronnie, or Chuck, all while his daughter called him Chucky.  Nicknames as unique as the relationships he shared with those he cared dearly for. After leaving Lincoln Life Insurance Company, he proudly drove bus for RTA for 10 years and met a lot of people along the way. Charles was a faithful, God-like, man. Formerly a member of Christ the King Church, he was strong in his faith and loved and cared deeply for every human being, animal, and living thing a like. He relished in the time spent outdoors feeding the deer and the other wildlife. He even developed quite the cat collection, however his love for Fefe, Ebony’s cat, was most special. Charles could watch his favorite sitcom, “I Love Lucy”, on repeat or spend an entire day at Thistledown betting on his favorite horses with his daughter and his endeared nephew Tyrrell Richardson.  His interests in music were as versatile as he was, ranging from rock-n-roll to The Temptations. His voice was encaptivating and filled your ears with the likes of Frank Sinatra. Charles was a wonderful man who loved his family and others without reason, and for that he will be dearly missed.

Contributions may be made in memory of Charles to C.R.T. Memorial Fund.

A Memorial Service to be announced at a later date.

Offer Condolence for the family of Charles Taylor

We are pleased to provide for you this grief video series by Doug Manning titled The Journey of Grief. His presentation about the END_OF_DOCUMENT_TOKEN_TO_BE_REPLACED