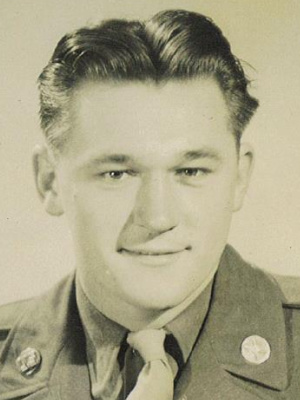 Chester was born on August 17, 1923 in Peninsula, Ohio and passed away on March 17, 2021 with his beloved wife by his side. After graduating from Woodridge High School, he was drafted into the United States Army and proudly served in World War II. Upon his honorable discharge from the U.S. Army, he enlisted and proudly served in the United States Marine Corps Reserve. Chet worked more than 35 years for Benjamin Moore Paints before his retirement from the company. In his retirement he continued to attend St. Paschal Baylon Catholic Church with his wife. He and Dorothy were members since the church was founded 67 years ago. This time also allowed him the ability to ride his bike till the age of 91 and watch and support the Cleveland Indians, Cavaliers, and Browns. What gave him the most enjoyment in life though, was traveling with his wife. Together they enjoyed going on tours to new places, however he relished the time they spent in Florida, staying both in Treasure Island and Clearwater. Chet was simply a great guy. Although he had a quiet deminer, he had a presence that made his family and friends know they were devotedly loved. He will be dearly missed. The family would like to thank Hospice of the Cleveland Clinic for their compassion and care, especially Charlena. They would also like to thank the daily care givers from Cherished Companions, specifically Tracye and Donna.

A Mass of Christian Burial will follow at 10:30 AM.

Burial following with Military Honors at All Souls Cemetery.

Offer Condolence for the family of Chester Balinski

We are pleased to provide for you this grief video series by Doug Manning titled The Journey of Grief. His presentation about the END_OF_DOCUMENT_TOKEN_TO_BE_REPLACED