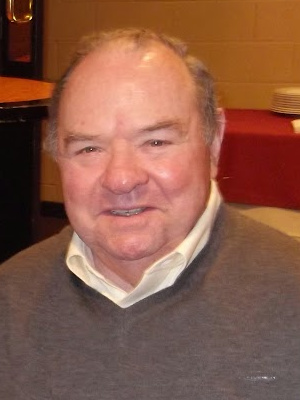 Clarence A. (Mac) McMurray Jr., went to be with our Lord on December 25, 2021.  A lifelong resident of Cleveland he was born in Cleveland, Ohio, January 24, 1933 to the late Clarence A. and Gladys Shaw McMurray.

He was a graduate of Cleveland Heights High School class of 1952 where he played football for the Heights team. He played baseball in both a church league and a GE league and coached his son’s Tris Speaker Little League team.  He was retired from the Lamp Division, Pitney Glass Plant, General Electric Company.  Mac enjoyed playing in  GE’s touring golf league with other retirees as well as bowling in several leagues. He was raised a Master Mason and was a member of East Gate Lodge F & A. M. No. 796. He had membership with Church of the Redeemer since his childhood. Mac loved boating and cruised very often around Lake Erie as well as annual trips with the boat club. He also served as Fleet Captain and later Commodore for the South Shore Cruising Club. He liked music, dancing and theater and regularly attended shows with family and friends. He was happiest when travelling with his extended family or friends whether driving, boating, camping, cruising or entertaining them at home.

Burial will be at Whitehaven Memorial Park, Mayfield Heights, Ohio.  A memorial is planned for a later date. In lieu of flowers the family requests donations be made in his memory to Miracle City Hospice, 9150 South Hills Blvd. Ste 100, Broadview Hts. OH 44147

Offer Condolence for the family of Clarence A. (Mac) McMurray Jr.

We are pleased to provide for you this grief video series by Doug Manning titled The Journey of Grief. His presentation about the END_OF_DOCUMENT_TOKEN_TO_BE_REPLACED