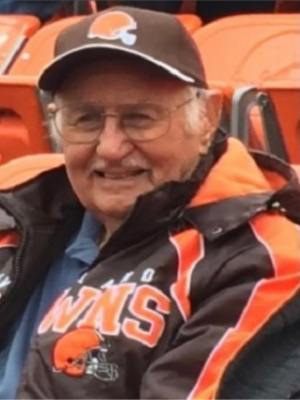 Clinton, 96, of Cleveland Heights, Ohio passed away peacefully in his sleep June 28, 2020. He was born on September 5, 1923 in Cleveland, Ohio to the late Ignatius Antonio Palumbo and Rose Palumbo (nee DeAngelo).
Clinton grew up on Oxford Road in Cleveland Heights, graduating from Cleveland Heights High School in May 1943. As a student athlete he participated in Baseball, Football, Track and Swimming. Just three weeks after graduating he was enlisted into the U.S. Marine Corps.
He was trained as an Amphibious Assault Tractor Crewman and assigned to the 5th Marine Division, 3rd Amphibious Battalion. He was sent to the war in the Pacific and participated in the initial landing and attack of Iwo Jima island and then of Kwajalein Atoll. A humble survivor of the horrors of those battles, Clinton did not glorify his time at war and chose to live his life focused on his family and their future. Immediately after the end of World War II he was honorably discharged from the Marine Corps and returned to his childhood home in Cleveland Heights.
He attended the Cooper School of Art and upon completion he followed in his father’s footsteps and was hired by the Cleveland Plain Dealer and ultimately promoted to Advertising Art Director. In 1952 he met and married his wife Patricia (nee Horneck). They bought their first home in South Euclid and settled in to raise a family.
Over the years they had seven children. Clinton was a devout Catholic, lifelong Cleveland Browns fan and a dedicated family man. His children were the love of his life and they adored him as well. His endless love and energy was spent on family and together they enjoyed many weekends on day trips to the beach at Mentor Headlands, picnics at the Cleveland Museum of Art, swimming at Victory Park pool and camping.
After 36 years at the Plain Dealer, his children grown and on their own, Clinton retired and he and Pat moved to Sarasota, Florida. Here he enjoyed his favorite pastimes, Golf and Tennis. After 22 years in Florida, Clinton and Pat returned to Cleveland to once again be with his beloved children and by now numerous grandchildren and great-grandchildren.
Clinton is survived by his wife Pat and his seven children: Jeff (Malu), Greg (deceased), Judy (Todd), Mick, Mary Lou (Tom), Joni (Howard) and Donny. His five grandchildren: Tommy (Lindsey), Kevin (Annmarie), Vince (Alyssa), Shawna (Joe), Clinton (Kaleigh). His eight great-grandchildren: James, Addisson, Keegan, Hailey, Alex, Raelynn, Kasey, Riley. His sister Joanne (deceased).

Family will receive friends to pay tribute to and celebrate the life of Clinton at THE DeJOHN-FLYNN-MYLOTT FUNERAL HOME OF SOUTH EUCLID, 4600 MAYFIELD RD. (just east of Green Rd.) THURSDAY, SEPTEMBER 17, 2020 5-7PM. 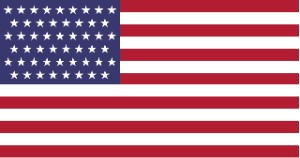 Offer Condolence for the family of Clinton Palumbo

We are pleased to provide for you this grief video series by Doug Manning titled The Journey of Grief. His presentation about the END_OF_DOCUMENT_TOKEN_TO_BE_REPLACED