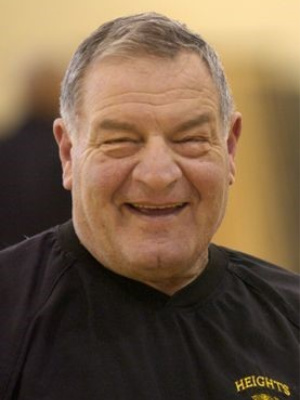 A caring, giving, and loving father who was devoted and selfless to his family, friends, colleagues, students, and teams. He was hard working, rarely taking a day off from work, where he spent 45 years in the CH-UH District as a teacher and head basketball coach for the Cleveland Hts Tigers, winning 539 games in his coaching career, and leading the Tigers to the State Final Four six times (1975, 1993, 1994, 1995, 1997, 2003), the finals twice (1975 and 1995), and winning the Division I State Championship in 1997 when he was named Ohio Coach of the Year. Coach Cap’s teams also won the Lake Erie League title 11 times. He was inducted into the Ohio High School Basketball Coaches Association Hall of Fame in 2011. The Cleveland Heights High gymnasium now reads “Cappelletti Court” insignia on each of the baselines.

Cremation by DeJohn Crematory. Family will receive friends to pay tribute to Jim at THE DeJOHN FUNERAL HOME & CELEBRATIONS CENTER OF CHESTERLAND 12811 CHILLICOTHE ROAD (Rt. 306, just south of Mayfield Rd.) SATURDAY MAY, 11, 2019 FROM 2-5:30 PM WITH A CLOSING PRAYER AND EULOGY SERVICE AT 5:30. Celebration of Life Service in memory of Jim will take place SATURDAY, JUNE 15, 2019 at 2 PM at Cleveland Heights High School Cappelletti Court located in the Competition Gym.

Offer Condolence for the family of Coach Jim Cappelletti

We are pleased to provide for you this grief video series by Doug Manning titled The Journey of Grief. His presentation about the END_OF_DOCUMENT_TOKEN_TO_BE_REPLACED