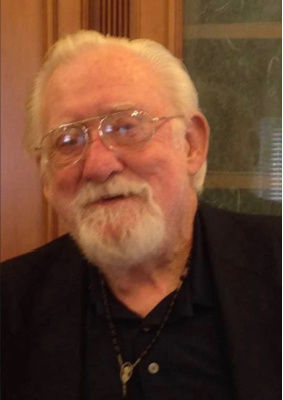 Daniel was born in McKeesport, Pennsylvania on August 5, 1933 and passed away on January 5, 2021. He was a longtime resident of Cleveland, specifically Collinwood and Cleveland Heights. Daniel was a top floor iron worker, and his last job was the construction of the Society Center (now Key Bank Tower). He was known as “The Viking” among his coworkers.

Daniel was very proud of his career in the United States Navy, and was one of the best boat operators in the Korean War. He was so proud of his Irish heritage and how his grandchildren embraced Irish dancing. Daniel loved singing old country and torch songs, as well as dancing polkas and jitterbugs with his darling Bobbie Jean. He had creative hobbies like portrait painting, sewing, and cooking. Daniel laughed hard and loved harder, and he will be dearly missed by all who knew and loved him.

Contributions may be made in memory of Daniel by contacting the funeral home. Graveside service with Military Honors at Lake View Cemetery (meet at Mayfield Rd. entrance) on Friday, January 15, 2021 at 11 AM. Arrangements by THE DeJOHN-FLYNN-MYLOTT FUNERAL HOME OF SOUTH EUCLID.

Offer Condolence for the family of Daniel Joseph McCarthy

We are pleased to provide for you this grief video series by Doug Manning titled The Journey of Grief. His presentation about the END_OF_DOCUMENT_TOKEN_TO_BE_REPLACED