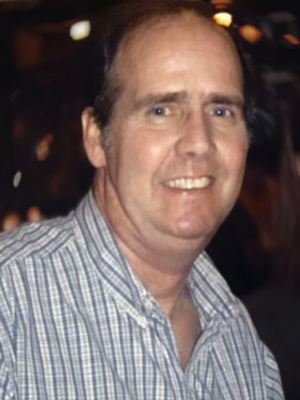 Bob was born on July 1, 1952 and died peacefully surrounded by his family on September 18, 2021, after many years struggling with Multiple Sclerosis.

He spent his entire life living in Lyndhurst and Mayfield Heights.  Bob was as an active member of St. Clare Catholic Church.  He was ordained  a Deacon on May 18, 1991 and served at St. Clare for twelve years.  He then ministered for several years at St. Dominic Catholic Church, until he was forced into retirement due to his battle with MS.

Bob graduated from Brush High School in 1971 and went on to the attend Ohio University, where he earned his Bachelors and Masters in Education. He began his career as an educator and he served as the Director of Girl’s Athletics for the Diocese of Cleveland. He then changed careers and became an iron worker, following in his Dad’s footsteps and so he could support his family. Bob was a member of the Iron Workers local 17 (IW #17).

Bob loved and was an avid runner. He was also a huge sports fan, enjoyed coaching his children, and playing fantasy football with siblings and family – a league that continues today. His love of football led him to many years serving as a High School Football Official, being on the same crew as his brother, Michael.   Bob also enjoyed the music of his era, especially listening to the Beatles, Barbara Streisand and Cher.

Bob was devoted to his family and his faith. His family, church service and football brought him the greatest joy. Bob especially enjoyed Christmas celebrations with his family and providing them treasured ornaments to remember him by.

Bob was funny, honest and kind. He loved everybody. Although Bob struggled daily since his MS diagnosis in 1997, he remained a spiritual man daily.

He will be dearly missed by many family and friends.

Per Bob’s request, please no flowers, instead consider making a donation to his memorial fund. Family will receive friends to pay tribute to and celebrate the life of Bob on Friday, September 24, 2021 at St. Dominic Catholic Church, 19000 Van Aken Blvd, Shaker Heights from 1 – 3 PM, concluding with Vespers at 3 PM. Relatives and friends are invited to meet for the Mass of Christian Burial on Saturday, September 25, 2021 at St. Dominic Church at 10 AM, Fr. Dan Schlegel, Main Celebrant. Burial following at All Souls Cemetery.  Arrangements by THE DeJOHN-FLYNN-MYLOTT FUNERAL HOME OF SOUTH EUCLID.

The Vespers and Mass will be livestreamed by St. Dominic Church. Click here to view the livestream.

Offer Condolence for the family of Deacon Robert J. Matoney

We are pleased to provide for you this grief video series by Doug Manning titled The Journey of Grief. His presentation about the END_OF_DOCUMENT_TOKEN_TO_BE_REPLACED