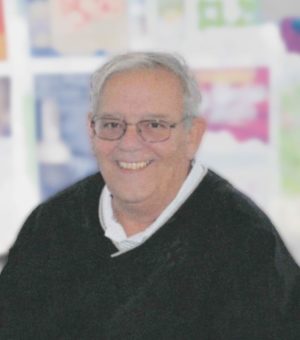 Memorials in Dick’s name may be made to the Geauga County Blue Coats, Inc. www.geaugacountybluecoats.org.

Dick was born October 6, 1945 in Pittsburgh, Pennsylvania to Thomas and Antoinette (DeParma) Blum.  He graduated from North Catholic High School in 1963 and despite having been offered a swimming scholarship from the University of Pittsburgh, Dick chose to attend the University of Dayton where he received a B.S. in Business in 1966. He was a member of Delta Delta Tau.  Dick was employed as a sales representative for Brockway Glass, and then became an outside sales agent for International Packings Corporation of Bristol, New Hampshire, Midwest and Ohio territory.  Dick served in the U.S. Army Reserves in DuBoise PA. In 1980, he began his own sales rep company, KEBB Sales.  On September 26, 1992 he married Darlene Blum.  He was an avid golfer, was a member of Shaker Heights Country Club for 29 years and was a founding member of the Blue Coats. He was an active Member FOE #2436 for 20 years where he served as treasurer for 10 years.  He also enjoyed spending time with his wife, children and grandchildren.

Offer Condolence for the family of Dick J. Blum

We are pleased to provide for you this grief video series by Doug Manning titled The Journey of Grief. His presentation about the END_OF_DOCUMENT_TOKEN_TO_BE_REPLACED