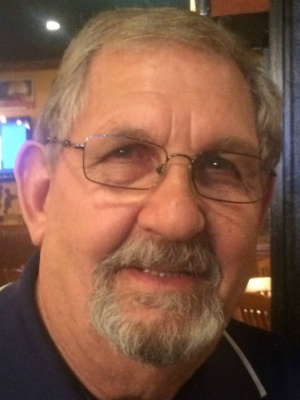 Donald Dale Paschke was born July 20, 1943 in Cleveland, OH and passed away peacefully January 20, 2021. He lived in Middlefield for the past 11 years, and for 30 years in Newbury prior to that. Don first became a parishioner at St. Helen Catholic Church when the family moved to Newbury in 1979. Don loved to serve God and his fellow parishioners as a Eucharistic Minister and also as an active member of many Men’s Renewal Teams. In 1982 he was one of the founders of the Geauga Chapter of Ducks Unlimited, after several years of volunteering with a Pittsburgh area chapter. Don remained an active volunteer not only with Geauga Ducks Unlimited, but also with many other chapters in Northeast Ohio. In addition to his local volunteering efforts with Ducks Unlimited, he also served the Ducks Unlimited State Committee. Don also recently served on the Geauga Republican Party Central Committee.

Don was in the first graduating class of St. Peter Chanel High School in 1961. After graduating high school, Don volunteered to serve in the U.S. Navy, which was one of his proudest achievements. Following his Naval service, Don attended Kent State University. Don married his wife Joyce in 1966 and they were blessed to have two children, Carolyn (“Carrie”) and Scott. He was immensely proud of both of them, as Carrie is a Geauga County Common Pleas Judge and Scott is a Senior Regional Director for Ducks Unlimited, the organization Don has been an active volunteer for well over 40 years. While raising Carrie and Scott, Don happily and enthusiastically served on the Newbury Recreation Board as baseball commissioner. He also coached baseball and was an assistant coach for the St. Helen CYO football team.

Don spent his career in machine tool sales, retiring in the late 2000s. He found his “retirement career” behind the gun counter, first with Gander Mountain, then with Great Lakes Outdoor Supply.

Don enjoyed Cleveland Indians baseball games, whether it was watching them on TV, listening to them on the radio, or jumping at every opportunity to go to a game. He also loved listening to classic country music. Don’s passion, however, was duck hunting, a tradition passed down to him by his father and one that he passed on to his own family. Don found the most joy in his life spending time with his four grandchildren: Garrett, Mallory, Henry and Beatrice. When Garrett was learning to talk, he gave Don the name “Punka”, which stuck. He took great pleasure in going to their sporting events, dance recitals, concerts and other activities. Most of all, “Punka” loved teaching all four of his grandchildren a love of duck hunting and every hunt with them brought him great joy. Don named the family hunting property “Piece of Heaven”, and that is what it was for him every time he hunted with his grandchildren in the duck blind on that property.

Don loved family reunions with cousins, beach vacations to Oak Island, NC with family and friends and spending Christmas with his family. Don’s beloved wife Joyce was unfortunately stricken with MS, and he showed his devotion in caring for her.  Don lived his vow to love and honor Joyce, in sickness and health, and we take comfort in the fact that he is now rejoined with her. Don’s positive attitude toward life never wavered and he always looked for and found the best in everyone. Whenever you spent time with Don he would leave you feeling good about yourself.  He will be greatly missed by all who knew him.

In lieu of flowers, contributions may be made in memory of Don to Geauga Chapter, Ducks Unlimited, PO Box 496, Newbury, 44065 or to St. Helen Catholic Church.  Cremation by DeJohn Crematory. Due to COVID-19 concerns, a private funeral Mass will be held at St. Helen Catholic Church. The funeral Mass will be available on the St. Helen Church YouTube Channel https://www.youtube.com/channel/UCVyB3TBINOXwTyvGreTZBPg on February 12, 2021 at 1:30pm. Family and friends are invited to a Celebration of Don’s Life at the E.O.U.V. Club located at 8636 Pekin Rd., Novelty, Ohio 44072 on Sunday, July 18, 2021 at 3:00pm. If you are able to come, the family asks that you please RSVP for this event at http://donpaschke.rsvpify.com. Arrangements by DeJOHN FUNERAL HOME & CELEBRATIONS CENTER OF CHESTERLAND.

Offer Condolence for the family of Donald Paschke

We are pleased to provide for you this grief video series by Doug Manning titled The Journey of Grief. His presentation about the END_OF_DOCUMENT_TOKEN_TO_BE_REPLACED