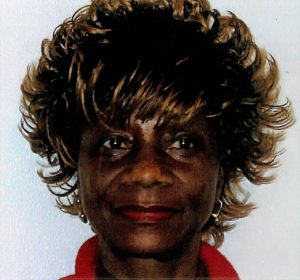 DORIS S. KANDAKAI, aged 78 years, passed away on Friday, May 25, 2018 at her home in Cleveland Heights, loving mother of Madia Reeves Pewu, cherished mother-in-law to John Tolu Pewu, devoted grandmother of Samuel Corvah, Cornelius Pewu and Gabriel Pewu, cherished cousin, aunt and a host of other relatives and friends.

Mammie, as she was affectionally called by her loving daughter, son-in-law and other close relatives, and Mama, as she was lovingly called by her grandsons and younger family members, started her early, and high school education at House of Bethany Episcopal School, in Grand Cape Mount County, Liberia, where she graduated valedictorian of her senior class.

Mammie/Mama met and married Cornelius Reeves (also an international student) in Germany, in 1961, while still pursuing her career goal of becoming a medical doctor. That union was blessed with three children born between the years of 1964-1967: Sando Lahai Kpana Reeves (deceased), Madia Reeves Pewu, and Hawa Facia Reeves (deceased).

Mammie/Mama read and studied a lot, even until her last days. She said while in Germany, with the help of other foreign students, they formed a study group to master the German language. The group spent many sleepless nights, keeping their feet in cold water to stay awake. Yes, after six months of this, they could speak and read German fluently. Their hard work yielded dividend, as they began making better grades than their German classmates on tests. This caught the attention of the instructors, who realized just how serious-minded the foreign students were. The instructors admired their efforts, and hence, refused to scale up grades for the German students who did not perform as well on their tests. Mammie/Mama was very studious, and told us that she wanted to make no less than 95% on any test, quiz or exam. Anything less than 95% was considered a low grade for her.

Mammie/Mama went on to specialize in ophthalmology. She worked in Germany until 1979, and continued her medical practice in Liberia from 1979 to 1990 as an ophthalmologist, at the John F. Kennedy Memorial Hospital in Monrovia, Liberia.

Mammie/Mama came to United States in 1991, as the result of the civil unrest that started in Liberia in 1990. She later came to Cleveland, Ohio, in 1994 to live with her daughter and son-in-law, John and Madia Pewu, where she resided until her death. She was very instrumental in raising her three grandsons. She loved them so much, and showered them with so much love; the kind of love that only a Mama could give. She was so proud of them, and was so glad to see them grow up and become men.

Mammie always mentioned to us what wonderful parents we were. We also constantly reminded her that first, we were thankful and grateful for the Lord’s leading in our lives; guiding us, and showing us how to be godly parents, and also telling her what an extraordinary grandmother she was. She took loving care of all of them. Mammie was such an integral part of her grandsons’ lives. She reminded them to always strive to do well in school, respect others, live wholesomely, to become respectable, godly men.

Mammie/Mama had an extraordinarily good memory. We often asked her about dates/times of events and she was always “on point” with the answer. She did not complain. She led a very healthy lifestyle, and was so full of endless energy. Sometimes we could not keep up with her “energizer bunny” energy; until 3 years ago, when she was diagnosed with multiple myeloma.

She fought with every strength she could muster, and felt relatively well most of those years, until the last few months when that stubborn cancer just weakened her body. In her last weeks, she enjoyed the company of her friends and family visits, showing her so much love and care. She cherished those moments. She had good and bad days. And yet, those visits, calls and texts from family and friends, expressing their love, encouragement, and prayers, brightened up her last days.

Mammie/Mama was a loving and caring mother, mother-in-law, grandmother, aunt, cousin, and friend. She was out-going, energetic, kind, full of life, and yes, smiled and laughed a lot. There was not an ounce of sadness in her being. She did not stress over what she had no control over, and led a simple, wholesome life.

Mammie/Mama is survived by her loving daughter, Madia Reeves Pewu; her wonderful son-in-law, John Tolu Pewu; her three affectionate grandsons: Samuel Corvah, Cornelius Pewu, and Gabriel Pewu; cousins, nieces, nephews and a lot of friends, in Liberia, the U.S.A and other parts of the world.

Mammie/Mama had the love of God in her heart, and worshipped as a Jehovah’s Witness for most of her adult life.

Mammie/Mama will be greatly missed by her family, and her many friends all over the world, especially, in Liberia and the United States. She will forever live in our memory. There is such a void in our hearts and our home. Our Mammie/Mama was very unique and cannot be replaced. We are so thankful and grateful for the joy, warmth, care, laughter, and love she brought to all of us.

Offer Condolence for the family of Doris Kandakai

We are pleased to provide for you this grief video series by Doug Manning titled The Journey of Grief. His presentation about the END_OF_DOCUMENT_TOKEN_TO_BE_REPLACED