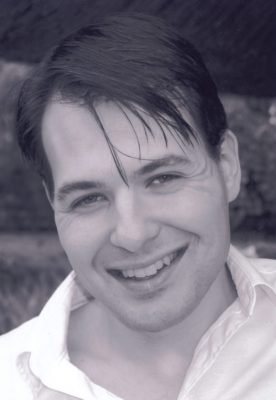 A gifted and talented actor, artist, director and writer, Doug began entertaining as a young kid – always singing, dancing and constantly finding ways to bring a smile to your face. He later taught himself to play the guitar by ear and read music. Doug attended Julie Billiart, St. Peter Chanel High School and Cleveland State University, and earned his Masters Degree at the Alabama Shakespeare Festival. In 2005, Doug moved to New York City to follow his passion and live his dream. His greatest joy was performing in countless plays,  improvs, tv and film, while building lifelong friendships within the actor’s community. Doug’s most important role was the one he played in our family, and always will in our hearts. We love you, Doug, forever. We will miss you!

Due to the Covid-19 pandemic, private Catholic prayers were held for Doug followed by burial in Lake View Cemetery. In lieu of flowers, contributions in Doug’s memory suggested to Hospice of the Western Reserve, P.O. Box 72101, Cleveland, OH 44192. Arrangements entrusted to THE DeJOHN-FLYNN-MYLOTT FUNERAL HOME OF SOUTH EUCLID.

Offer Condolence for the family of Douglas John Rossi

We are pleased to provide for you this grief video series by Doug Manning titled The Journey of Grief. His presentation about the END_OF_DOCUMENT_TOKEN_TO_BE_REPLACED