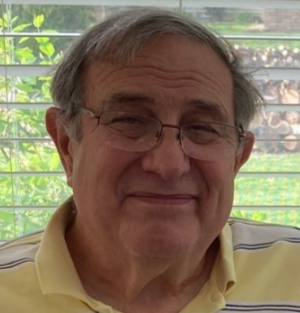 Ed was born January 11, 1949 and died suddenly July 16, 2021. Ed grew up in South Euclid and graduated from Brush High School in 1967. He went to Cleveland State University and earned a Bachelor of Science degree in Business Administration in 1972. Ed met his wife when she was 18 years old, they fell in love and got married three years later on November 18, 1972. They lived in South Euclid, Lyndhurst and were 32 year residents of Mentor until they moved to North Ridgeville over a year and half ago to be closer to their children and grandchildren.

Ed worked as a sales manager for ACME Cleveland from 1972 to 1999, and Logan Clutch where he still worked part-time.

Ed loved O gauge model trains, cars, playing the guitar and boating. Ed was in several bands in the 1970’s including The Electra’s and loved music and listening to bands where he would play the “air guitar”.

Ed belonged to several model train groups where he met many cherished friends over the years.

Ed was a member of the Put-In Bay Yacht Club and enjoyed boating on his boat named Bella Day. More than boating Ed enjoyed his time on the boat with his family.

Ed’s family described him as an incredible salesman, hilarious, and enjoyed making people laugh. He would show his love to others by helping them and was a great “Mr. Fix It”. Ed was highly organized, meticulous and loved tools.

Ed will be deeply missed by his family, friends, co-workers and clients.

Contributions may be made in Ed’s memory to the American Heart Association/ American Stroke Association 300 S. Riverside Plaza Ste 1200 Chicago, IL 60606-6637 www.heart.org. A Celebration of Life Service will be held Saturday, July 24, 2021 at 10 a.m. at the Funeral Home. Family will receive friends to pay tribute and celebrate the life of Ed at THE DeJOHN-FLYNN-MYLOTT FUNERAL HOME OF WILLOUGHBY HILLS, 28890 CHARDON ROAD FRIDAY 4- 8 PM.

Offer Condolence for the family of Edward Gallucci

We are pleased to provide for you this grief video series by Doug Manning titled The Journey of Grief. His presentation about the END_OF_DOCUMENT_TOKEN_TO_BE_REPLACED