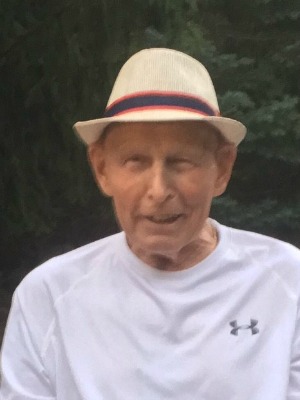 EDWARD A. GEMBARSKI, age 79, of Euclid, OH, died Wednesday, May 30, 2017 surrounded by his family. He was born August 2, 1937 in Cleveland. Edward graduated from Benedictine High School in 1956 and worked for Coyne Textile Services until he retired in 1998.

His family described Edward as a man who was loved by everybody. He was very loving, and generous. He was an avid traveler and spent his free time helping others, watching his grandchildren play sports as well as watching the Cleveland Indians, Browns and Cavaliers. He was very proud to see all of these teams win championships.

Mass of Christian Burial Saturday, June 3, 2017 at St. John of the Cross Catholic Church at 10AM. Burial following at All Souls Cemetery. Family will receive friends to pay tribute to and celebrate the life of Edward at THE DeJOHN-FLYNN-MYLOTT FUNERAL HOME OF WILLOUGHBY HILLS, 28890 CHARDON ROAD (between Bishop Rd. and Rt. 91) FRIDAY 3-5 and 6-8 PM.

Offer Condolence for the family of Edward Gembarski

We are pleased to provide for you this grief video series by Doug Manning titled The Journey of Grief. His presentation about the END_OF_DOCUMENT_TOKEN_TO_BE_REPLACED