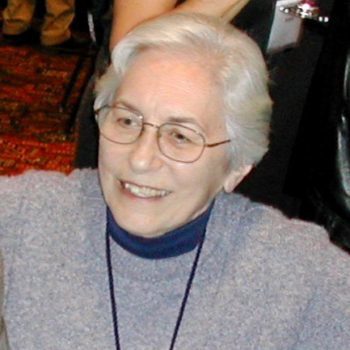 Georgette (Brusak) Bohr of Chagrin Falls, Ohio passed away on April 11, 2020.  She is survived by her sister, June Brusak, sister-in-law, Donna Brusak, nephews, Jeff and Jim (Michelle) Brusak and grandniece and grandnephews, Ryan, Amber and Matthew Brusak.  She was preceded in death by her beloved husband Richard H (Dick) Bohr and her beloved twin brother George Brusak.

Georgette was born in 1927 in Cleveland, Ohio.  As a child she spent a time growing up in Plzen, Czech Republic.  She attended Lincoln High School in Cleveland.  She furthered her education at Kent State University and schools in California and Mexico City.  Georgette returned to Cleveland in 1956.  She met her future husband, Dick, when she joined the Cleveland Ski Club in the late 50’s.  In the late 60’s she moved to what was then the infant ski town of Vail Colorado, a resort which Dick had been integral in helping to establish.  After they were married in 1971, she returned to the Cleveland area and joined Dick in running his Ski and Sport Haus.

Georgette had an amazing ability to make all that knew her feel like they were the most fascinating and important person in her world.  She loved the outdoors, particularly the mountains around Vail Colorado.  She was an avid skier and tennis enthusiast, enjoying both well into later part of her life.  In her mid-seventies she and her close friend Lilly hiked the Inca Trail to Machupicchu and river rafted back out of the area. She shared a deep affinity with the American Indians.

She was an inspiration and roll model for many and will be deeply missed.

Offer Condolence for the family of Georgette Bohr

We are pleased to provide for you this grief video series by Doug Manning titled The Journey of Grief. His presentation about the END_OF_DOCUMENT_TOKEN_TO_BE_REPLACED