Harlan was born June 27, 1929 in Cleveland, Ohio. He attended Shaw High School and was the school’s first state wrestling placer for the state of Ohio. In 1946, he was stationed in Okinawa as an Air Force radar specialist for the B-29 bomber. As always, the true patriot, he enlisted on his seventeenth birthday. Harlan then became, at age 32, one of the youngest lieutenants to serve for the Cleveland Heights Fire Department. During his time, he rescued a pilot and a passenger stranded in a small plane trapped in a tree. The photo was then published in Life magazine in 1950. Another time as a young officer, he delivered a baby breach in a woman’s home, under duress due to her delivery. He would often say that this was his true calling! Harlan worked for Snap-on Tools for twenty-six years in Industrial Management. He received several national sales awards due to his knowledge, integrity and strong work ethic. He was a natural in motivating, caring and supporting his teams. He was loved and highly respected from all his Snap-On guys! Since the 1960’s he was very involved in the Gates Mills Players, first as a stagehand, then as an actor in many supporting and leading roles and as a dedicated director. He brought new life and energy into this community theater when it was badly needed. As a result, the Harlan Gill Award is presented yearly to one outstanding member. The musicals of his era had a special place in his heart. He loved everything about the theater! In addition, Harlan was a big proponent for girls’ sports. He was certainly ahead of his time before Title IX was passed, pushing for more opportunities and dedicating much of his time and talent as a coach. For many years, Harlan coached and managed CYO girls’ softball teams for St. Francis of Assisi. Through his devotion, he taught athletic skills, sportsmanship and personal achievement to many girls in our area. Harlan had a very special place in his heart for all animals, but dogs took to a liking to him anywhere he was, and he had several of his own. Often, he so bravely ” put down others’ dogs at their end of life passing. Every day of his life he had boundless energy and courage because he loved life. He put forth his confidence toward so many bringing out the best in each one of us. He would make a friend, acquaintance or a stranger feel special, because he was so truly kind and humble. This was his gift to anyone who knew him, young and old. Let us always remember his quick wit and humor so we may keep him close and know he has made our life that much better.

In lieu of flowers contributions may be made in memory of Harlan to the ASPCA, Animal Refuge Fund, or any animal charity of one’s choice.

Cremation by DeJohn Crematory. Mass of Christian Burial Thursday, December 19, 2019 at 10 AM at St. Francis of Assisi Catholic Church 6850 Mayfield Road, Gates Mills. Burial following with Military Honors at Gates Mills North Cemetery. Family will receive friends to pay tribute to and celebrate the life of Harlan at THE DeJOHN-FLYNN-MYLOTT FUNERAL HOME OF WILLOUGHBY HILLS, 28890 CHARDON ROAD (between Bishop Rd. and Rt. 91) WEDNESDAY DECEMBER 18 from 4-8 PM. 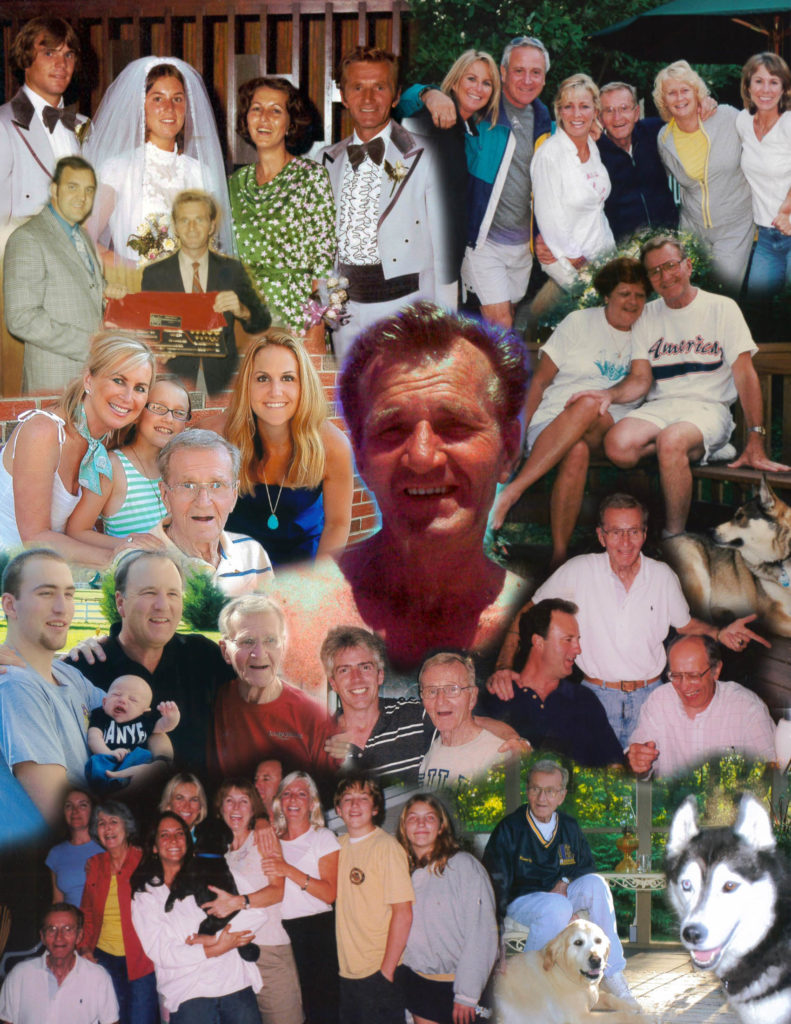 Offer Condolence for the family of Harlan F. Gill

We are pleased to provide for you this grief video series by Doug Manning titled The Journey of Grief. His presentation about the END_OF_DOCUMENT_TOKEN_TO_BE_REPLACED