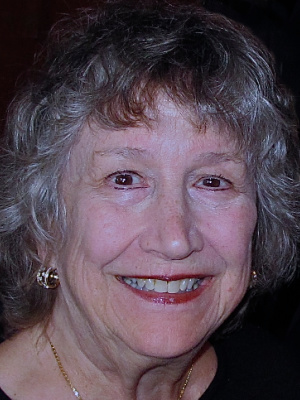 Helene Sasko Love, age 86, of Lakewood, Ohio, passed away suddenly on June 1, 2021. She was the loving partner of Donald Singer for over 35 years. Helene was preceded in death by her parents George and Helen Sasko and by her siblings William, George, Jr. and Judy. Helene is survived by nephew Michael Sasko and five other nieces and nephews. She graduated from Beaumont School in 1952 and Ursuline College in 1956. After college, Helene conducted biochemical research on insulin as treatment for diabetes at Case Western Reserve School of Medicine in the laboratory of Dr. Joseph Larner. She remained life-long friends with Joseph Larner, his wife Frances and their family. Helene and Don spent many summer vacations with the Larner family on Cape Cod.

She continued scientific research in Geneva, Switzerland, and in Minneapolis and then completed a year of graduate studies in biochemistry at the University of Michigan. A woman of many interests, her second career began when she returned to Cleveland and graduated from the Cleveland Marshall College of Law in 1976. As an attorney she worked at the Cuyahoga County Court of Common Pleas, first assisting several judges and then as a foreclosure magistrate. Following “retirement,” Helene was a part-time magistrate in the South Euclid Municipal Court, until she finally retired in 2011.

Helene was active in the Cleveland music and art worlds. Her interests included:  Lyric Opera Cleveland at the Cleveland Institute of Music and the Art Song Festival, also at CIM, where she was vice-chair of the board of trustees and was helping to plan its fall festival at the time of her death. She and Don have been life-long subscribers to the Cleveland Orchestra. They also were members of the Print Club and Decorative Arts Society at the Cleveland Museum of Art. They were devotees of local artists, art curators, musicians and vocalists.

Helene was devoted to her wide circle of friends and their families. She always remembered special occasions, often with gourmet dinners at the Love-Singer home. Helene and Don were adventuresome travelers and often took trips with friends– to Italy, Scotland, Israel, Mexico, and the Caribbean. Favorite domestic haunts were Key West over the winter holidays and the Santa Fe Music Festival. While traveling, they collected unique pieces to add to their art collection which covered all the walls and surfaces in their condominium. Helene was a voracious reader, regular moviegoer and avid fan of Cleveland sports teams. Most especially, Helene’s friends will remember her for her generosity, kindness and true goodness.

Burial will be private. Friends will gather to remember Helene on Thursday, June 10, 2021, from 3 to 6 p.m. at the Cleveland Skating Club, 2500 Kemper Road, Shaker Heights, Ohio 44120. In lieu of flowers, memorial contributions may be made to the Art Song Festival, Cleveland Institute of Music,11021 East Boulevard, Cleveland, Ohio 44106 or to a charity of one’s choice.

Offer Condolence for the family of Helene Sasko Love

We are pleased to provide for you this grief video series by Doug Manning titled The Journey of Grief. His presentation about the END_OF_DOCUMENT_TOKEN_TO_BE_REPLACED