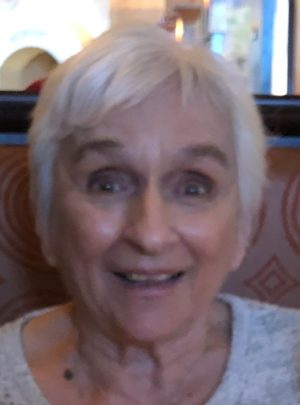 Janet was born November 12, 1934 in Cleveland, Ohio and passed away peacefully May 30, 2020. She was a resident of Euclid for 55 years and prior to that Highland Heights. Janet graduated from Brush High School in 1952 and received her Associates degree from Baldwin Wallace College. She worked as an activity director at Eastern Star Nursing Home. Janet loved her grandkids and enjoyed gardening, the Cleveland Indians, Cavaliers and Browns and was an avid reader. Janet will be remembered as kind, funny, caring, friendly woman who was devoted to her family. She will be dearly missed.

Cremation by DeJohn Crematory. Family will receive friends to pay tribute to and celebrate the life of Janet at THE DeJOHN-FLYNN-MYLOTT FUNERAL HOME OF WILLOUGHBY HILLS, 28890 CHARDON ROAD (between Bishop Rd. and Rt. 91)   WEDNESDAY MORNING 10AM-1 PM. Private Family Services at 1 PM.

Offer Condolence for the family of Janet N. Hanson

We are pleased to provide for you this grief video series by Doug Manning titled The Journey of Grief. His presentation about the END_OF_DOCUMENT_TOKEN_TO_BE_REPLACED