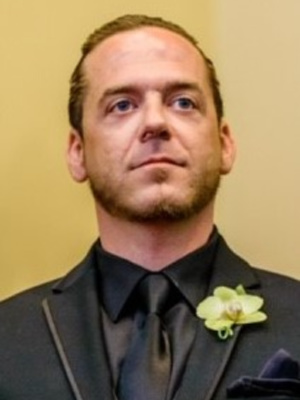 Jason was born on February 11, 1979 in Jamestown, NY, and passed away suddenly on July 22, 2020.  He grew up in Jamestown, NY and resided in Chesterland with his family. Jason proudly served his country in the U.S. Marine Corps after High School and then received his Associates Degree.  He was a Chief Operations Officer at Waste King, LLC. Jason’s love of his life and best friend was his wife Kelly.  Jason was a devoted father and hero to his children.  He was social, fun-loving, and known as a “Party In A Box”.  He was hard working, generous, and always willing to help others.  His spirit and energy will be greatly missed by all who knew him.

In lieu of flowers, contributions may be made in memory of Jason to The Jason T. Stevens’ Children Scholarship Fund c/o Fifth Third Bank.

Offer Condolence for the family of Jason Stevens

We are pleased to provide for you this grief video series by Doug Manning titled The Journey of Grief. His presentation about the END_OF_DOCUMENT_TOKEN_TO_BE_REPLACED