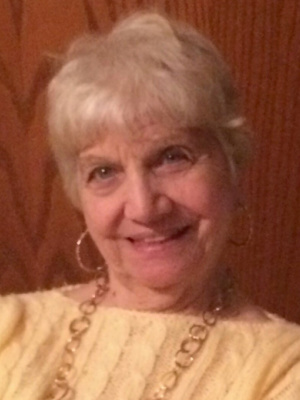 Gina was born on May 24, 1929 and died peacefully on October 28, 2021.  She was born and raised in Cleveland’s “Little Italy” neighborhood before moving to Highland Heights. She was a member of the St. Paschal Baylon Catholic Church, as well as ISDA and the Retirees Club of Little Italy.

Gina graduated from John Hay High School in 1947 and went on to attend Fenn College. She worked as an executive secretary. She was an avid Cleveland sports fan. Gina enjoyed cooking and traveling. She especially enjoyed her trips to Florida and Italy. Gina also liked taking bus trips and the occasional trip to the casino to play the slot machines.

Gina was outgoing, very intelligent, and had a quick wit. Gina was the family matriarch and was devoted to her family and her faith.

She will be missed by all.

In lieu of flowers, contributions may be made in memory of Gina to the National Kidney Foundation, 30 East 33rd St., New York, NY 10016.

Family and friends are invited to attend the Mass of Christian Burial Saturday, November 6, 2021 at St. Paschal Baylon Catholic Church at 9 AM. Burial following at Knollwood Cemetery. Arrangements by THE DeJOHN-FLYNN-MYLOTT FUNERAL HOME OF SOUTH EUCLID.

Offer Condolence for the family of Jean J. “Gina” Arcoria

We are pleased to provide for you this grief video series by Doug Manning titled The Journey of Grief. His presentation about the END_OF_DOCUMENT_TOKEN_TO_BE_REPLACED