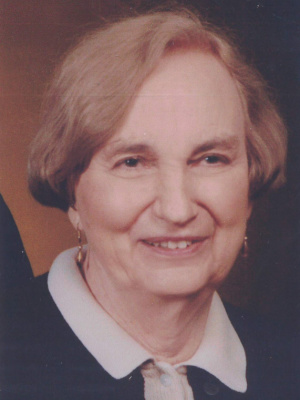 Jeanne was born on November 22, 1927 and passed away peacefully in Euclid on February 11, 2021. She was an active member of Lyndhurst Community Presbyterian Church since 1957. Jeanne was a Deacon, Elder, Sunday School Teacher, President of Presbyterian Women and Parish visitor. She was also a member of two pastor search committees.  In 1966, Jeanne became the Commissioner of Presbyterian General Assembly, Member Presbytery of the Western Reserve Committee on Ministry, and President of Sunview School PTA. Jeanne was a librarian at Cuyahoga County Public Library where she founded the Job and Career information Service in 1976, and it still flourishes 40-plus years later as Cuyahoga Works.  She was also the President of Adult Lifelong Learning Section of the Public Library Association, a Division of the American Library Association. Jeanne was a resident of Breckenridge Village since 2005 where she served as Four Year President of the Resident Forum, Founder, Village Pantry, Resident Chair of the Endowment Campaign, Founding co-Chair of the Scholarship Committee for Student Servers.  Jeanne gave endlessly and has touched many lives. She will be missed dearly.

Suggested contributions may be made in memory of Jeanne to Dougbe River Presbyterian School of Liberia, PO Box 18017 Cleveland Heights, OH 44118. Cremation by DeJohn Crematory. A Memorial Celebration of Life Service will take place at a later date. Burial at the family plot in Waterloo, IA. Arrangements by THE DeJOHN-FLYNN-MYLOTT FUNERAL HOME AND CREMATORY OF WILLOUGHBY HILLS.

Offer Condolence for the family of Jeanne Patterson

We are pleased to provide for you this grief video series by Doug Manning titled The Journey of Grief. His presentation about the END_OF_DOCUMENT_TOKEN_TO_BE_REPLACED