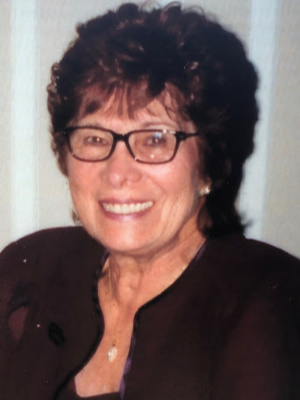 Jennie was born on April 3, 1924 in Homer City, Pennsylvania and passed away on June 19, 2019. She came to Cleveland in 1939, lived in Wickliffe, and then moved to Kirtland in 1994. Jennie attended high school in Homer City and later worked as an executive secretary for Motch and Merryweather. She enjoyed sewing, cooking, baking, and watching baseball. Jennie will be remembered most as a dignified, loving, selfless, hardworking, caring woman of integrity who was devoted to her family above all else. She will be dearly missed by all who knew her.

In lieu of flowers, contributions may be made in memory of Jennie to Hospice of the Western Reserve PO Box 72101 Cleveland, OH 44192.

Mass of Christian Burial Monday, June 24, 2019 at 11 AM at Divine Word Catholic Church 8100 Eagle Rd., Kirtland. Burial following at Western Reserve Memorial Garden Cemetery. Family will receive friends to pay tribute to and celebrate the life of Jennie at THE CHURCH MONDAY MORNING 10-11 AM. Arrangements by THE DeJOHN-FLYNN-MYLOTT FUNERAL HOME OF WILLOUGHBY HILLS.

Offer Condolence for the family of Jennie Oravecz

We are pleased to provide for you this grief video series by Doug Manning titled The Journey of Grief. His presentation about the END_OF_DOCUMENT_TOKEN_TO_BE_REPLACED