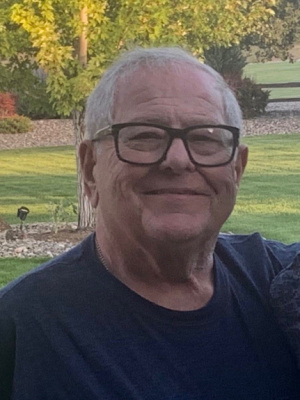 Jerry was born October 1, 1937 and died peacefully on January 28, 2022.  Jerry was raised in Pennsylvania but spent his childhood summers with his mom in Euclid.

It was there that he met the love of his life, Mary Jane, when he was 14 years old. They had their first date two years later and married two years after that.

He was a history buff and an avid reader. Jerry enjoyed bowling and loved to hunt. He never missed an opening day of deer hunting. He was an outdoorsman and enjoyed spending time outside. He loved nature and all animals. Over the years he owned horses, pigs, dogs, birds, cats, rabbits, fish, snakes and guinea pigs. He never said no to any animal.

He was a Pittsburg Steelers Fan. He was also a fan of most all music, especially rock and roll. Some of his favorite bands included AC/DC, Bachman Turner Overdrive, Tom Petty, Heart and the Traveling Wilburys.

Jerry was a forging industry expert who manufactured, repaired and refurbished forging presses and wire drawers around the world. He was highly sought after for his expertise in this industry across the globe. Some of the places his work took him and Mary Jane included Thailand, Bulgaria, Venezuala, Peru and Slovenia. Later in their marriage they travelled to Florida every year, visiting Disney and spending a week on the beach.

Jerry was dedicated to his family. He had a big personality. He was a jokester and loved to talk to everyone. A hard worker, he knew how to enjoy life. He was adored by his family, especially his grandkids, nieces and nephews, and he adored them. He loved attending all of their events, and often quipped had he known how great it was to have grandkids, he would have had them first.

He and Mary Jane were truly in love with one another. He will be dearly missed by all.

Contributions may be made in memory of Jerry  to the Lake County Humane Society. Mass of Christian Burial FRIDAY, February 4, 2022 at Divine Word Catholic Church at 10:30AM. Burial following at All Souls Cemetery. Family will receive friends to pay tribute to and celebrate the life of Jerry at THE DeJOHN FUNERAL HOME & CELEBRATIONS CENTER OF CHESTERLAND 12811 CHILLICOTHE ROAD (Rt. 306, just south of Mayfield Rd.) THURSDAY 3-7 PM.

Offer Condolence for the family of Jerry Kusar Sr.

We are pleased to provide for you this grief video series by Doug Manning titled The Journey of Grief. His presentation about the END_OF_DOCUMENT_TOKEN_TO_BE_REPLACED