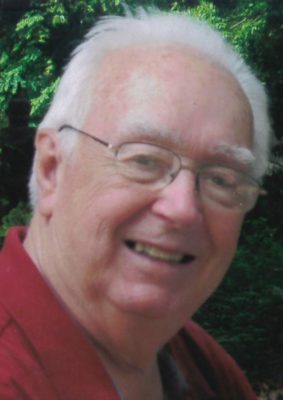 John was born on June 1, 1932 in Philadelphia, PA and passed away on February 7, 2019 in Cleveland, where he was an area resident for over 60 years. On August 23, 1958 John married the love of his life at St. Paschal Baylon Catholic Church, and the two of them were members of St. Clare Church for 50 years. A Korean War Veteran, John proudly served in the United States Army. After his service in the military, he attended both Fenn and John Carroll Colleges and enjoyed a career in industrial engineering for 40 years. He was a member of the Reminderville Stock Club for many years. In his free time John enjoyed traveling, especially to the beaches along the eastern shore and Europe. He loved vacationing with his family and attending his children’s sporting events and spending time with his grandchildren. John was always with his family because they gave him the most enjoyment in life. He was a friendly man who could strike up a conversation with anyone he met. No one was a stranger to John, and with his warm heart and likeable personality, he was a stranger to none. John once said that he wanted to be remembered as a thoughtful and kind man, that he was a loyal and devoted husband and father, a man who never hurt anyone.  He was a much-loved family man.

Contributions may be made in memory of John to Cleveland APL, 1729 Willey Ave, Cleveland, OH 44113.

Arrangements and Cremation by DeJohn Funeral Home and Crematory.

Offer Condolence for the family of John Alt

We are pleased to provide for you this grief video series by Doug Manning titled The Journey of Grief. His presentation about the END_OF_DOCUMENT_TOKEN_TO_BE_REPLACED