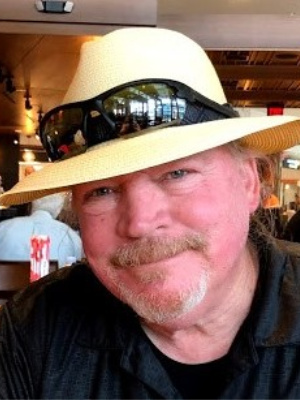 John D. “Jack” Fay was born December 26, 1953 and passed away suddenly on March 29, 2020. He was a resident of Chardon for 40 years and grew up in Solon. Jack graduated from Gilmour Academy in 1972 and received his bachelor’s degree in psychology from John Carroll University, his master’s degree in  psychology from Texas A&M University and an architecture degree from Kent State University. He was the owner/operator of his own architecture firm. Jack enjoyed golf, gardening, hiking and traveling the US especially to Tennessee. He will be remembered as a great guy with a kind smile who loved to tell stories and was very social. Jack was very funny with a dry sense of humor, fun loving and a thinker. He will be greatly missed.

In lieu of flowers contributions may be made in memory of Jack to Geauga Humane Society Rescue Village 15463 Chillicothe Rd., Novelty, OH 44072. Cremation by DeJohn Crematory. Celebration of Life Service will take place at a later date  Arrangements by THE DeJOHN FUNERAL HOME & CELEBRATIONS CENTER OF CHESTERLAND.

Offer Condolence for the family of John D. “Jack” Fay

We are pleased to provide for you this grief video series by Doug Manning titled The Journey of Grief. His presentation about the END_OF_DOCUMENT_TOKEN_TO_BE_REPLACED