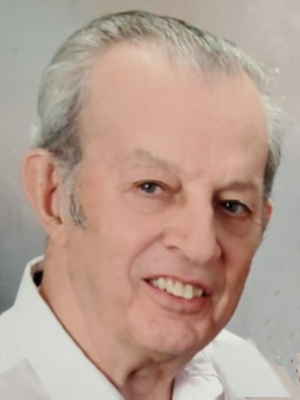 John Emanuel Bocchieri Senior, longtime resident of Wickliffe, OH, entered into the presence of his Lord on November 10, 2022 at the age of 98 after a brief illness.

John was born in Collinwood (Cleveland), OH, the son of Italian immigrants. As a youth, he came to faith in Jesus Christ and met his future wife Mary Frano as a teenager at a small Italian Pentecostal church in the neighborhood. They married in 1944 at the age of twenty and were blessed with four children.

John was a dedicated husband and father, and a great provider for his family. His faith in the Lord was evident over the years, especially as he lovingly cared for his ailing wife Mary at home in her later years. This act of devotion was a testimony to all who knew him. John and Mary celebrated 75 years of marriage together before her passing.

John entered the work force at a young age to help support his family. He exceled as a tool and die maker for Eaton Axle until its closure, tackling complicated projects that stumped younger co-workers. He then went to work for Hunter Mfg, finally retiring at age eighty-eight.

John was a self-taught saxophonist and clarinetist, with a talent that equaled any professional artist. He played in his church orchestra and performed as a soloist. His Italian church band gave him great enjoyment as well. He also led the choir at Calvary Assembly of God in Willoughby Hills, OH for many years. People still remember the incredible Christmas and Easter productions he directed during that era. Further involvement in his church included serving as deacon.

One of John’s favorite pastimes in retirement was cooking and baking, experimenting with homemade pastas, ricotta, Italian cookies, and homemade bread. He showed his love to his family by serving them his delicious offerings weekly up until the last year of his life.

He has left a spiritual legacy for his family: children John Jr. (Sondra), David (Cynthia), Joyce (Marty) Wasco, and Richard, grandchildren Christopher, Liana (fiancé Evan), Justin (Jana), April (Jared) Lavelle, and Elliot, great-grandchildren Escher, Madeleine, and Bravo, sister Marie Beaver, and many nephews and nieces, all of whom will miss him very much. 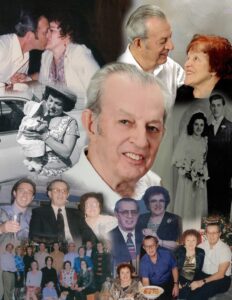 Offer Condolence for the family of John Emanuel Bocchieri Sr.

We are pleased to provide for you this grief video series by Doug Manning titled The Journey of Grief. His presentation about the END_OF_DOCUMENT_TOKEN_TO_BE_REPLACED