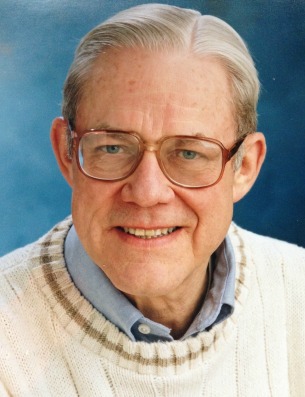 John was born in Cleveland on September 18, 1935 to Edward and Catherine Keefe, who instilled in their son a desire to achieve great things and help others. John attended St. Ignatius High School in Cleveland and Georgetown University in Washington, D.C., graduating from both with honors. John pursued his dream of becoming a doctor and attended Jefferson Medical College in Philadelphia, Pennsylvania, from which he graduated in 1961. John then went on to devote over 40 years of his life to serving others as an obstetrician/gynecologist, both in the U.S. Navy and in private practice, delivering over 5,000 babies along the way. Additionally, John always got involved in the hospitals in which he worked, most notably serving on the Board of Directors at Hillcrest Hospital in Mayfield Heights. His passion for his work was evident to his patients and colleagues, as he was adored by all.

John was a resident of Mayfield Heights and previously resided in Lyndhurst, where he raised his children with his former wife Beatrice. A devout Catholic, John was a member of St. Francis of Assisi Catholic Church in Gates Mills for 20 years and St. Gregory the Great Catholic Church in South Euclid prior to that. Following the teachings of the Church, John’s commitment to his fellow man extended into all facets of his life. He spent countless hours volunteering at Womankind Maternal and Prenatal Care Center, including as Medical Director, and Birthright International, providing important care to women in need. He was also devoted to the Right to Life charity, supporting their cause throughout his career. John was a caring father, always encouraging his children to achieve their potential and supporting them along the way. Even with his busy schedule, he was able to spend quality time with his children vacationing at the beach, gardening and throwing around the ball in the backyard. Ever the Clevelander, John never gave up on his Browns or Indians, no matter how poorly the season was going. And he did it all in his trademark jokey, sing song-y way.

Memorial donations may be made in John’s memory to Womankind, 5400 Transportation Blvd., Suite #10, Garfield Heights, Ohio 44125, www.womankindcleveland.com. Relatives and friends are invited to meet for the Mass of Christian Burial on Wednesday, December 4, 2013 at 10:00 AM at St Francis of Assisi Catholic Church, 6850 Mayfield Road, Gates Mills, Ohio 44040. Entombment following with Military Honors at Calvary Cemetery, 10000 Miles Avenue, Cleveland, Ohio 44105. The family will receive friends to pay tribute to and celebrate the life of John at THE DeJOHN-FLYNN-MYLOTT FUNERAL HOME OF SOUTH EUCLID, 4600 MAYFIELD RD. (just east of Green Rd.) on TUESDAY, December 3, 2013 from 4:00 to 8:00 PM.

Offer Condolence for the family of John P. Keefe, M.D.

We are pleased to provide for you this grief video series by Doug Manning titled The Journey of Grief. His presentation about the END_OF_DOCUMENT_TOKEN_TO_BE_REPLACED