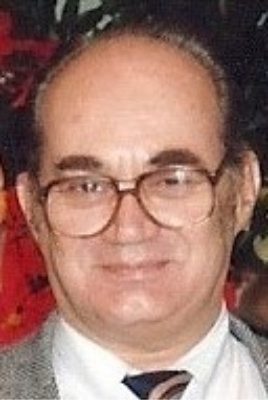 JOHN J. KLEIN passed away peacefully on June 13, 2019 while holding the hand of his wife of 60 years.  In recent years John courageously battled cancer and more recently, Alzheimer’s.  John was born May 14, 1931 in Cleveland, OH.  He was the eldest son of John and Anna (nee Jakubisin) Klein, both immigrants from Austria-Hungary and Czechoslovakia.
While growing up, John was an altar boy and parishioner of St. Mary of Czestochowa.  He was drafted into the Army and proudly served during the Korean War.  Upon return, he attended and graduated from Kent State University and started a long career as an accountant, auditor, and controller for Ohio Savings & Loan.  In his free time, John enjoyed spending time with family, vacations in Atlantic City, ballroom dancing, a good poker game, and bowling.  As a regular on the Pro Bowling Circuit, John won multiple tournaments.
John is survived by his wife, Maria (nee LaMantia); proud father of David, Theresa (deceased) and Laura (Tom) Rayburn; loving grandfather to Nicholas, Tyler and Michael; and fondly known as Uncle Johnny to numerous nieces and nephews.  He was preceded in death by his parents and siblings; Frank, Michael and Elizabeth (Herb) Ryan.
A memorial Mass will be held at 11 AM on Saturday, Oct. 26 at St. Dominic Catholic Church, 3450 Norwood Rd., Shaker Heights, OH  44122.  Per his wishes, John’s body was donated to the Cleveland Clinic for research.   In lieu of flowers, the family suggests donations in memory of John be made to St. Dominic Church or Hospice of Western Reserve, 17876 St. Clair Ave., Cleveland OH 44110.

Offer Condolence for the family of John Klein

We are pleased to provide for you this grief video series by Doug Manning titled The Journey of Grief. His presentation about the END_OF_DOCUMENT_TOKEN_TO_BE_REPLACED