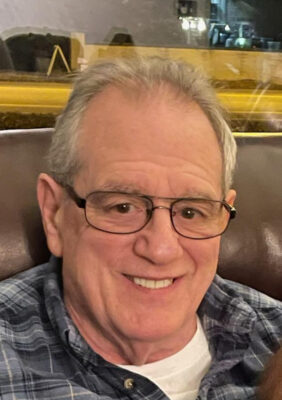 John was born on January 16, 1950 in Cleveland and passed away on January 1, 2022. He grew up in Cleveland Heights, living in Wisconsin from 1999-2014 and moved to Eastlake in 2015. John graduated from Cleveland Heights High School in 1969 and attended Tri-C. He worked as a distribution manager for Clopay Garage Door. John was a member of Narcotics anonymous. He loved riding Harley motorcycles, sailing, and flying kites. John enjoyed traveling in the Philippines. He loved creating and building things. John was an avid and suffering Cleveland Browns fan. He will be remembered most as a funny man with a dry sense of humor. John was a loving husband, father, son, brother and uncle. He had a huge heart and was very generous, social and loved people. John will be greatly missed.

Contributions may be made in memory of John to the University of Wisconsin Hospital, Cardiology Department, 600 Highland Ave, Madison, WI 53792. Cremation by DeJohn Crematory. A Celebration of Life Service will take place at a later date. Arrangements by THE DeJOHN-FLYNN-MYLOTT FUNERAL HOME OF WILLOUGHBY HILLS.

Offer Condolence for the family of John R. Caril

We are pleased to provide for you this grief video series by Doug Manning titled The Journey of Grief. His presentation about the END_OF_DOCUMENT_TOKEN_TO_BE_REPLACED