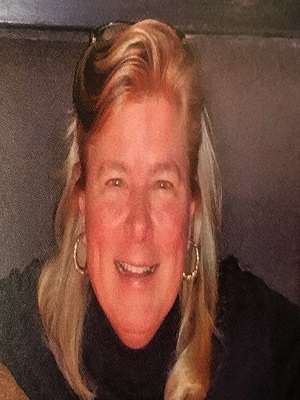 June was born and grew up in the suburbs north of Chicago. She was the youngest sister of Rod, Russ, Polly Maiman, Reid, Janie Croker, Jill Buckmaster and the late Cari Andre. June graduated from Libertyville High School in 1978, where she was a gifted high school student and athlete in golf and softball. Within her first week of freshmen year at Texas Tech University, June met Chuck in the lobby of Stangle-Murdough dormitory. From that moment, June and Chuck’s lives were changed forever. The two were married the summer of 1980.

June famously led a full life of many adventures; from Texas, to Ohio to China to Italy and all points in between! She was a catalyst for organizing, arranging and selling countless “growth opportunities” for her huge tribe of friends.  Her motto was, “If you aren’t living on the edge, you are taking up too much space.” Her life was defined by saying YES!

Her grandest achievement was being mother to three boys; Charles “Chase” Roy IV (wife Ellen), the late Henry “Hank” and Holden James. Her love extended beyond the universe for these guys. She was also proud to be second mom, “Mama June”, to countless other young people. Her one rule was, “once you graduate high school, call me June not Mrs. Poole.”

June’s well-known generosity for giving had no boundaries. She had many personal blessings in her life and taught the world how to share. One of those blessings was her talent for generating stories. Her ability to tell a story was only surpassed by her writing gift; such an active mind, such a creative mind, such a BEAUTIFUL mind.

A Celebration of June’s Life gathering will be announced and held at a later date.

A special thanks to the wonderful staff at Hospice of the Western Reserve in Euclid for their exceptional and compassionate care.

In lieu of flowers, the family requests donations are made in June’s name to your favorite charity.

Offer Condolence for the family of June Cook Poole

We are pleased to provide for you this grief video series by Doug Manning titled The Journey of Grief. His presentation about the END_OF_DOCUMENT_TOKEN_TO_BE_REPLACED