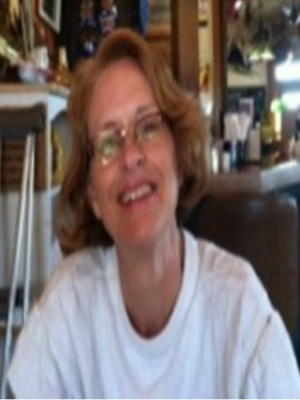 LESLIE GAY SHERICK-SIMONS passed away August 21, 2021 after a battle with cancer at the age of 63. She is survived by her husband Jeffrey Simons of 44 years, Sisters, Jolene Owen (Sterling) and Geri Sherick; sister- in-law Terri Bonasl (Donald), and their son Peter; brother-in-law Michael Simons (Kathy) and their daughter Katlyn. She is preceded in death by her parents Woody and Louise Sherick.

Leslie was born on April 29, 1958 in Seattle, Washington and lived in Springfield before settling in Chardon. She graduated from high school in Springfield and continued her education achieving three associates degrees. Leslie was a devoted Engineer and worked for R.V. Burc and NV5. She enjoyed gardening, landscaping, and cooking. She and Jeff loved being outdoors and traveling. She looked forward to Christmas, which was also her father’s birthday. Her strong and independent will, will be dearly missed. The family wishes to extend a special thank you to Hospice of the Western Reserve for all the help and care from their wonderful nurses and staff.

In lieu of flowers, please send a donation to Hospice of the Western Reserve, P.O. Box 72101, Cleveland, OH 44092. Cremation by DeJohn Crematory. ARRANGEMENTS ENTRUSTED TO THE DeJOHN Funeral Home & Crematory of Chardon (formerly Ritondaro) 126 South St. A private service will be held at a later day.

Offer Condolence for the family of Leslie Gay Sherick-Simons

We are pleased to provide for you this grief video series by Doug Manning titled The Journey of Grief. His presentation about the END_OF_DOCUMENT_TOKEN_TO_BE_REPLACED