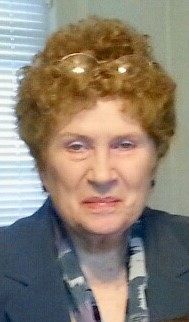 Linda’s life calling was music. Born on June 26, 1932 in Johnstown, Pennsylvania to Cecil and Lois Fox, she was the oldest of three children. As a child she showed great musical talent on the piano and played all of her life. She loved vocal music and inspiring people to sing. In her teens she began her long career as a church organist, which spanned 65 years into her early 80s, providing music for churches in Pennsylvania, Ohio, and New Jersey.

Raised in Portage and Hollidaysburg, PA, she graduated from Indiana State Teachers College (now Indiana University of Pennsylvania) and began her career in music education, supplemented by additional graduate work at Penn State University. She was a member of Delta Omicron music honors fraternity. She was also a member of the American Orff-Schulwerk Association and the American Guild of Organists.

She married Robert J. MacNamara, Jr., and they had two daughters, Lisa and Laurie. Moving often for Bob’s career, she taught music in public schools in Pennsylvania, Ohio, and New Jersey, including at her alma mater, Hollidaysburg High School.

Following Bob’s untimely death, she began her long tenure teaching elementary school music at Reed, Parkway, and Antheil Elementary Schools in Ewing Township. She found her church home at Abiding Presence Lutheran Church in Ewing, where she shared her musical gifts as organist for 42 years. She also served as choir director and Minister of Music at various points during that time.

She married James Wylie, enjoyed traveling with him, and supported and cared for him during his journey with terminal cancer.

Her devotion to family, friends, and church shone throughout her life, including welcoming two granddaughters, Ann and Fiona, and caring for her mother, Lois.

Linda moved from Ewing Township to Newtown, PA after Jim’s death, and in recent years relocated to Ohio so her daughter Lisa could care for her. The family is grateful to the staff at Aberdeen Crossings Assisted Living and Traditions Hospice for their care for Linda.

Interment at Alto-Reste Park, Altoona PA will be private.  A memorial service honoring her life will be held at Abiding Presence Lutheran Church at a future date.

Memorial gifts may be made to: Abiding Presence Lutheran Church,  2220 Pennington Rd.,  Ewing NJ 08638 Alzheimer’s Association alz.org or an organization of the donor’s choosing.

Offer Condolence for the family of Linda Lois (Fox) MacNamara

We are pleased to provide for you this grief video series by Doug Manning titled The Journey of Grief. His presentation about the END_OF_DOCUMENT_TOKEN_TO_BE_REPLACED