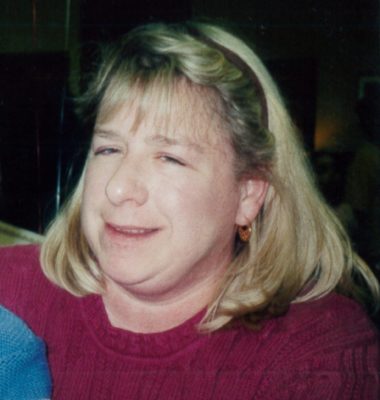 Peggy was born on March 14, 1956 and passed away on December 2, 2018. She grew up in Chesterland and graduated from Andrews Academy. Peggy attended Lakeland College and studied fashion merchandising. She received her bachelor’s degree in business from Northwood University. Peggy had an early career as a travel agent and later went on to work at Giant Eagle in the deli department. She was truly loved by all that she served. Peggy was an avid reader and loved to cook, play solitaire and shop. She enjoyed listening to Motown, Andrea Bocelli and especially Israel Kamakawiwo’ole’s “Somewhere over the Rainbow.” Peggy was a selfless person who gave to everyone. She always cared for others and loved to bake and make the most special packages to cheer people up. Peggy was an amazing mother and wife. She will be remembered as kind, helpful and loving. She will be forever missed.

Contributions may be made in memory of Peggy to Rescue Village 15463 Chillicothe Rd, Novelty, OH 44072.

Cremation by DeJohn Crematory. Family will receive friends to pay tribute to and celebrate the life of Peggy at THE DeJOHN FUNERAL HOME & CELEBRATIONS CENTER OF CHESTERLAND 12811 CHILLICOTHE ROAD (Rt. 306, just south of Mayfield Rd.) MONDAY, December 17th from 5-8PM.

Offer Condolence for the family of Margaret “Peggy” Kinnaird

We are pleased to provide for you this grief video series by Doug Manning titled The Journey of Grief. His presentation about the END_OF_DOCUMENT_TOKEN_TO_BE_REPLACED