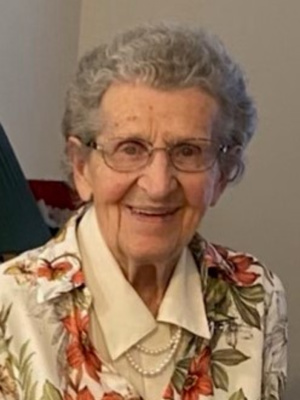 Maria was born in 1926 in Schlesien, Germany on the Sindermann farm in Lewin and passed away on October 24, 2021.  After the war, Maria and her family were forced to leave their farm and loving “Heimatland”.  After resettling in another part of Germany, Maria met Joseph.  Joseph wanted to immigrate to America and found work at Hough Bakeries in Cleveland.  The beginning was difficult for Maria–in a strange land, with a strange language, newborn baby, and away from her family.  Slowly, Joseph and Maria made America their home, living in Cleveland, East Cleveland, and Euclid.  A great friendship developed between a small group of German bakers and their wives from Hough Bakeries.  Over the years, they had many get-togethers and later went on little trips together.  Maria’s other special friend was Kristin Ilc.  The two moms/Omas loved to sit on the porch during family gatherings and talk to each other in their special German-American language.  Most important to Maria was returning back to Germany to see her family, which she was able to do for the 1st time in 1963.  The whole family went, and Maria was able to see her father, four brothers, two sisters, nieces and nephews, along with many great aunts and uncles.  Presently, Maria has two surviving sisters and many nieces and nephews that she has been able to stay in contact with over the phone.  Joseph was the professional baker in the family, but Maria became famous for her brownies, especially with her grandchildren.  There were always brownies available for handouts to her family and friends.  Otherwise, Maria led a simple life–only buying what was needed and finding a way to reuse or mend what was worn or broken.  She was a member of the Ladies Guild and Prayer Group with St. Robert Catholic Church, now known as Sts. Robert & William Catholic Church. In 2018, Maria moved to the Willoughby Hills Senior Apartments.  She loved it there from the start and joined in on some exercise classes and Bingo games.  Maria liked playing games and started playing Yahtzee with Joseph years ago.  In the past year, Yahtzee and Tri-ominos became a nightly routine.  Besides her family, Maria’s greatest devotion was to the Blessed Mother of Jesus.  She prayed the rosary every day and listened to EWTN a few times a day.  Visiting Fatima and Lourdes was a highlight of her life.   Maria was an all-loving, all-faithful, all-accepting, and all-joyful person who was happy just getting some flowers, going for a ride, or just sitting outside.  We know she will be praying for us and watching over us.

Contributions may be made in memory of Maria to Hospice of the Western Reserve PO Box 72101, Cleveland, OH 44192.

Mass of Christian Burial Friday, October 29, 2021 at 10 AM at St. Mary Catholic Church 15519 Holmes Ave, Cleveland. Burial following at All Souls Cemetery. Family will receive friends to pay tribute to and celebrate the life of Maria at THE DeJOHN-FLYNN-MYLOTT FUNERAL HOME OF WILLOUGHBY HILLS, 28890 CHARDON ROAD (between Bishop Rd. and Rt. 91) THURSDAY 4-8 PM. 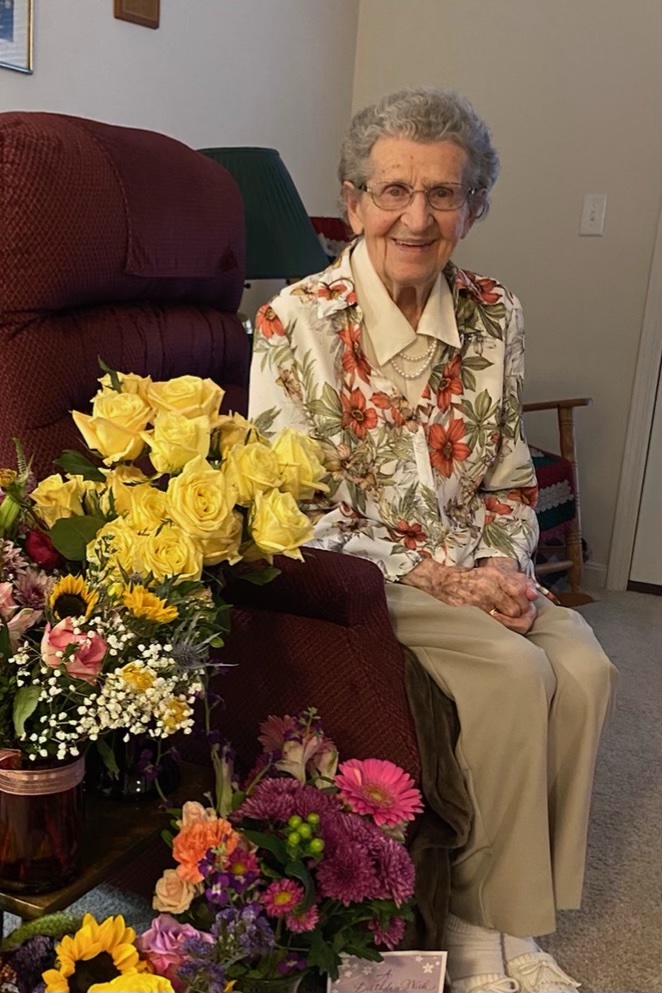 Offer Condolence for the family of Maria Nitsche

We are pleased to provide for you this grief video series by Doug Manning titled The Journey of Grief. His presentation about the END_OF_DOCUMENT_TOKEN_TO_BE_REPLACED