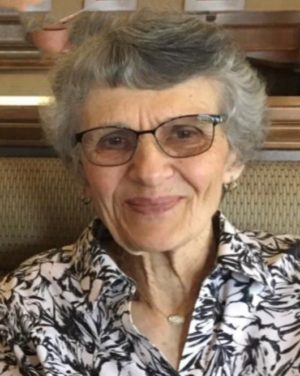 Martha was born on December 4, 1932 in Yugoslavia and passed away peacefully at her home on October 1, 2019 surrounded by her loving family. She was a resident of Gates Mills since 2001, previously Willoughby Hills. Martha greatly enjoyed cooking, gardening, and playing Mahjong in her free time. She was very family oriented, a devoted wife, mother, and grandmother. Martha was caring, loving, and gentle. She will be dearly missed by all.

In lieu of flowers contributions may be made in memory of Martha to Haitian Vision Foundation P.O. Box 29619 Cleveland, OH 44129. Cremation by DeJohn Crematory. Private burial will take place at a later date at Lake View Cemetery. Arrangements by THE DeJOHN-FLYNN-MYLOTT FUNERAL HOME OF WILLOUGHBY HILLS.

Offer Condolence for the family of Martha Sajatovic

We are pleased to provide for you this grief video series by Doug Manning titled The Journey of Grief. His presentation about the END_OF_DOCUMENT_TOKEN_TO_BE_REPLACED