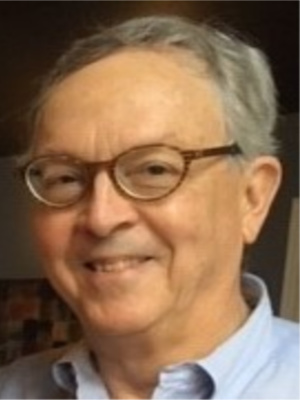 Martin died peacefully at home on April 20, 2020 shortly after being diagnosed with a brain tumor.  He was surrounded by his wife and daughters.  He was born on June 4, 1937 in Greenville, South Carolina to William Dorr Dodenhoff and Mary Frances Cooledge Dodenhoff.

He graduated from The Asheville School in 1956.  He went to college at North Carolina State University where he was a Sigma Nu.  He graduated in 1960 with a degree in Textile Engineering.

After graduation, Martin served as a First Lieutenant in the Quartermaster Corps of the United States Army where he was stationed at the Defense Clothing & Textile Supply Agency in Philadelphia.  He was awarded honors in that capacity for military cost saving procedures.

After the army, Martin worked for Dow Chemical Company in James River Textile Division in Newport News, Virginia and then moved to Lakewood, Ohio in 1965 where he worked for Lamports Textiles in Cleveland.  In 1978, he started Dodenhoff Industrial Textiles.  He built his practice of designing industrial textiles into a successful business that supplied fabrics to companies worldwide.  He owned and worked at DIT until he sold the business in 2018.

Supporting his passion for amateur sports car racing through the Sports Car Club of America (SCCA), he became co-founder and owner of The Winners Circle in Rocky River, Ohio in 1970.  Martin raced several cars in SCCA races through the years including a Bugeye Sprite, TR-7, Spridget and a Lotus Europa.  Martin’s many victories on race tracks across the country led him to hold the course record at Road Atlanta (1985).  He placed 2nd at the SCCA National Championship Runoffs at Road Atlanta in 1972 and 1983.

Martin was kind, generous and loved to build race cars and tinker with anything that had a motor.  He loved his family and had a great sense of humor.  He was a good friend and was loved by many people.  He was proud to be a long time member of Lakewood Rotary.  He was a lifetime member of the Sports Car Club of America and a member of Lotus Limited since 1977 and the Cleveland Area Lotus Limited.

Burial will be in Greenville, South Carolina. Due to the current Covid-19 pandemic, local Cleveland services will be announced when social restrictions are lifted. In lieu of flowers, contributions in memory of Martin suggested to the Lakewood Rotary, P.O. Box 770916, Lakewood, OH  44107. Arrangements entrusted to THE DeJOHN-FLYNN-MYLOTT FUNERAL HOME OF SOUTH EUCLID.

Offer Condolence for the family of Martin Hilsman Dodenhoff

We are pleased to provide for you this grief video series by Doug Manning titled The Journey of Grief. His presentation about the END_OF_DOCUMENT_TOKEN_TO_BE_REPLACED