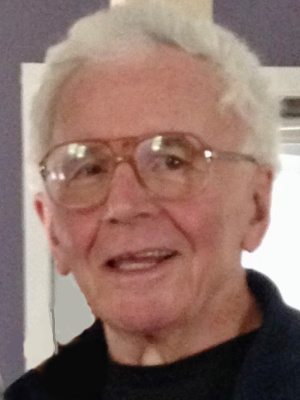 Martin was born in the village of Slavski Las, Slovenia. This is on the Croatian border of what used to be Yugoslavia. After grade school at the age of 14 he left home to go to a mechanical trade school in Rijeka, Croatia.  After trade school and apprenticeship, he worked as a journeyman mechanic. Along with two friends, he escaped communism and the political climate after WWII on foot over the border into Italy for a better life.

They went through Italy and ended up in the south of France, where he worked for a bit picking jasmine flowers, evading the French foreign legion and making it to Paris.  With jobs scarce, he became a laborer on a construction project and then worked as a mechanic for three years, becoming chief mechanic while waiting for his visa to the United States in 1961.

He was sponsored by his aunt and cousin in Cleveland and worked as a mechanic for a VW dealership. He met his wife Mimi while they both were attending school to learn English and they married in 1963. With only $170 of capital and his tools, his wife working at the supermarket, he founded Euclid Foreign Motors in a rented garage. After two years, he was able to buy a building and add a two-story garage as body shop.  In 1972, Euclid Foreign Motors expanded again with wholesale importing of automotive parts and tires. Over the 50 plus years in business, he employed, inspired and mentored hundreds of people.  He expected everyone to work as hard as he did and had very high expectations and let you know if more was needed.

His love of life, passion, drive, stubborn determination and not taking “no” for an answer lasted even while in his hospice bed fighting Parkinson’s.

He had a life full of adventures and stories that could fill many a book.  He will be missed and is an inspiration to live life to the fullest and always strive to keep learning something new.

Contributions may be made in memory of Martin to Hospice of the Western Reserve, P.O. Box 72101, Cleveland, OH  44192 or or Parkinson.org.

Burial following at All Souls Cemetery.

Family will receive friends to pay tribute to and celebrate the life of Martin at THE ZEVNIK-COSIC FUNERAL HOME OF WILLOUGHBY HILLS, 28890 CHARDON ROAD (between Bishop Rd. and Rt. 91) THURSDAY 4-8 PM.

Offer Condolence for the family of Martin T. Lisac

We are pleased to provide for you this grief video series by Doug Manning titled The Journey of Grief. His presentation about the END_OF_DOCUMENT_TOKEN_TO_BE_REPLACED