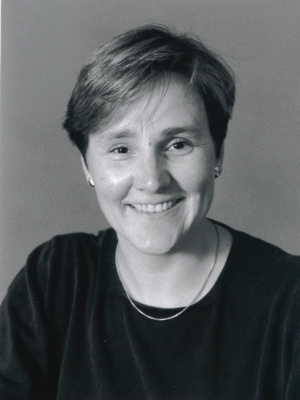 Mary Magocsy, RN, BSN, MBA left Cleveland to attend University of Denver in Boulder, Colorado after graduating from Charles F. Brush High School in 1977. She studied Liberal Arts and Pre-Nursing. Mary continued her education at Boston University, in Boston, Massachusetts where she received her Bachelors of Nursing Science degree. She continued her education at Golden Gate University and received a MBA in Health Service Management. At the University of California at San Francisco, Mary studied courses in Health Outcomes and Epidemiology.

Mary began her career in Nursing in Massacusetts then headed to San Francisco to continue her critical care nursing experience. She worked primarily in ER and Trauma units responding to patient’s emergencies. Mary was hired by the San Francisco Department of Public Health as an infectious Disease Emergency Response Coordinator. There she administered programs and wrote grants for developing and implementing the public health emergency response to bioterrorism, disease outbreak and other public health emergencies. Mary’s most recent accomplishments was as an Emergency Medical Services Specialist. She was responsible to coordinate and regulate all medical 911 services for San Francisco under the reorganized department of San Francisco Department of Emergency Management.

Throughout her career Mary volunteered and authored various papers. She responded in 2005 to the Tsunami/earthquake in Indonesia thru International Medical Corp. She volunteered as a vaccinator at HINI and Tdap vaccination clinics and provided nursing at Glide Health Services Clinic, a San Francisco Health clinic serving the poor, urban neighborhood. She also was a Planner for active Shooter Exercise with St. Ignatius College Preparatory School. Notably Mary developed a nonprofit business plan for an organization dedicated to transitioning homeless pregnant women to motherhood and also used her expertise for developing a new non-profit dedicated to violence prevention. Mary authored and coauthored many reports to assist medical teams for a more structured plan during emergencies and operations. Mary was also a presenter and organizer to prepare medical teams for many emergencies. For example, she was the presenter for “Bioterrorism Preparedness in San Francisco” and other public health response presentations.

From December 2010 and March 2013, Mary participated on a research trip organized by the California Disaster Medial Services Association to examine the Cuban disaster medical response system in Havana, Cuba. Her research assisted in the paper, Medical Disaster Response Teams in Cuba”.

Mary’s interests include her involvement and participation in Rowing/Sculling on open and flat water. She was a rowing instructor and swam in the San Francisco bay at the Dolphin Swimming and Boating Club in San Francisco, California. Mary also enjoyed alpine skiing, backpacking, bicycling, softball and Qi Gong.

Mary retired January 1, 2020 after many years of servicing her much beloved City of San Francisco. She was diagnosed with Glioblastoma in August of 2019. She is survived by her sister, Susan Magoscy and many friends in San Francisco and Cleveland who loved her very much. After many years of providing love and support to her family, including her brother, Albert, sisters Susan and Karen and her dear friend Roxie she will join Albert, Jimmy, Karen, Roxie and her Mother and Father as an angel for us all.

Send Flowers in Memory of Mary A. Magocsy

Offer Condolence for the family of Mary A. Magocsy

We are pleased to provide for you this grief video series by Doug Manning titled The Journey of Grief. His presentation about the END_OF_DOCUMENT_TOKEN_TO_BE_REPLACED