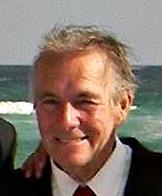 It is very difficult to sum up the life of Mike Rogers in a simple obituary. He was born and raised in Cleveland, Ohio, and passed away peacefully last Thursday at his home.  He was 72 years old. His parents were Jack (deceased) and Ada (deceased), and his siblings were John (Kim), Patrick (Diane), Deborah, Jerry (deceased) (Janet), Scott (Amy), and Dennis (deceased) (Luzma).

Mike graduated from St. Joseph High School in 1968, and from the University of Cincinnati with a Bachelor’s Degree in 1972. He was part of two (2) high school state champion cross country teams, and set a freshmen record in college in the six (6) mile race.  He was a Cleveland Police Officer for 31 years, working as a patrolman, detective, and sergeant.

Mike was very charismatic, lighting up every room he went into. He was a person who would walk out of the house singing. He would make jokes and quips that were so fast, so funny, so clever, you would find yourself thinking about them much later.  He was a complex individual with hopes, dreams, and ambitions, for himself and for his kids, always striving and creatively dreaming. His mental fortitude was unmatched.

He encouraged his children to believe in themselves and to have big dreams.  He encouraged his kids to never stop persevering, and to put God and family first. “The world is your oyster” he used to say. And he meant it.

He was selfless. If you casually mentioned you needed an oil change you would come home to find that he had already done it for you (maybe with the wrong type of oil, but it would be done!). He was the type of person that would spend hours of his day helping a stranger who indicated they needed it. He was also demanding.  When raising his kids, there was right, and there was wrong, and not much in between.  He loved his kids more than he loved himself, and was very, very proud of them.

He was a lifelong athlete and sports fan, and, like many Clevelanders, lived and died with Cleveland sports.  When his son purchased and wore a Denver Broncos jacket, his son noticed the jacket had disappeared and his dad was the last person to have seen it. Mike also loved coaching his kid’s baseball and cross country teams, including taking the first Northeast Cleveland Little League (“NECLL”) baseball team to the State of Ohio Little League Championship and taking cross country teams to AAU National Championships.  He loved competition.

Mike very much enjoyed swimming. For much of his life, boaters and folks on the Northshore Collinwood area could find him swimming far out in Lake Erie, rising up every now and then to take a breath and see who was “around to admire him” (and throw their hankies his way).  He also loved jogging on Lakeshore Boulevard. He would run like the wind, starting impossibly slow, then speeding up, faster, and faster, until there was not a person who could catch him.  Many of his children would also jog, becoming a staple on Lakeshore Boulevard for a time.

He was also an avid reader. He loved to learn. When you would go to a museum with him, he would study whatever was being presented (for much longer than his family preferred). Mike’s hobbies included fishing, hunting, shooting, and being outside. He loved being on the beach. He hated feeling closed in, in any way.  He could see beauty in the mundane, and before he got sick, was always on the move.

He was a devout Catholic, served mass at St. Jerome and insisted all of his children go to Catholic elementary and high schools. He believed that Jesus was a man worth emulating and tried to do just that.

The world is a more empty, less vibrant place now that he is gone. He will be deeply missed by all who loved and knew him, especially his family.

We will celebrate Mike’s life with a Mass of Christian Burial on Friday, August 5, at 10 AM at St. Jerome Catholic Church, 15000 Lakeshore Blvd., Cleveland, 44110.   Cremation following by DeJohn Crematory.

Family will receive friends to pay tribute to and celebrate the life of Mike at The DeJohn-Flynn-Mylott Funeral Home of Willoughby Hills, 28890 Chardon road (between Bishop Rd. and Rt. 91) Thursday, August 4, from 4-8 PM. Online obituary, guestbook, & order flowers at www.DeJohnCares.com. 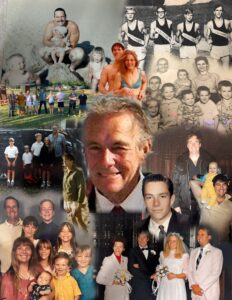 Offer Condolence for the family of Michael Rogers

We are pleased to provide for you this grief video series by Doug Manning titled The Journey of Grief. His presentation about the END_OF_DOCUMENT_TOKEN_TO_BE_REPLACED