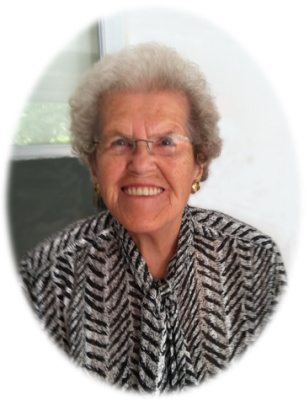 Scroll to the end of the post to view Millie’s life tribute video.

Born in Ljubljana, Slovenia, on October 22, 1923, Milica “Millie” Ovnič (nee Žonta) died peacefully on December 28, 2020. Millie’s warm smile, kind heart, amazing courage, and steadfast faith touched all who knew her and provided her family and many friends an unsurpassed model for living life with joy.

She grew up in Slovenia during a troubling time of civil conflict, fleeing on foot from Slovenia in May 1945 and spending several years in an Austrian Displaced Persons camp. There she forged many lifelong friendships with fellow Slovenians, comforting their children as a kindergarten teacher.

Millie immigrated to the US with her younger brother Rafko in 1949, laboring on a farm in Missouri for a year before relocating to Cleveland, Ohio. In Cleveland she was reunited with many she had met at the Displaced Persons camp, becoming part of the close-knit Slovenian community centered on St. Clair Avenue. There she was among the original members of the Slovenian choir Korotan, which endures to this day. It was also in Cleveland where she met and married Max, a widower with three young children, also recent immigrants from Slovenia.

Millie and Max settled in Geneva, Ohio, soon adding 3 children to the family. There she was an accomplished baker and cake decorator at the Giant Eagle. She was especially loved by all the children who stopped by the bakery; they could always count on receiving a free cookie. No grandchild will ever forget those themed and fantastically decorated birthday cakes, and her baking wizardry extended to strudels, poticas, and many, many cookies. Millie loved to sing, especially Slovenian folk and religious songs. As an active member of Assumption of the Blessed Virgin Mary Parish in Geneva, she lent her beautiful voice to the choir. In 2005 she rejoined Korotan to sing in Slovenia, commemorating the 60th anniversary of the Slovenian diaspora and memorializing those who lost their lives to communism in that era.

Millie moved to Twinsburg, Ohio in 2000, to be near her daughter Helen. There she became an active member of SS Cosmo & Damian Church. In Twinsburg Millie would swim early every morning, go to Mass, and would often stop at the Senior Center before returning home. Millie was a friend to everyone. Her grandchildren affectionately called her the “Mayor of Twinsburg”. She enjoyed knitting and crocheting. Her family will cherish her baby blankets, afghans, and thousands of crocheted washcloths, doilies, and Christmas ornaments. Millie was always available to babysit her grandchildren and make sure they completed their homework. She was an avid reader and loved remaining connected to her family and friends through email, Skype and Facebook.

Perhaps most amazing, she became a knowledgeable and (perhaps overly) enthusiastic fan of the Cleveland Browns, Indians, and Cavaliers. She was an unabashed cheerleader of her grandchildren’s accomplishments in sports and their education. Millie was a friend to everyone. She always parted ways with those she loved, saying “love you, bye-bye”. Most of all, she loved children. All children, but especially her children, grandchildren, and great-grandchildren. She proudly tallied up the numbers as her flock grew.

Millie struggled with many physical ailments in recent years, but remained determined, steady and positive. She is now in peace and reunited with those she lost who were so beloved by her. Millie was predeceased by her husband Max, and 6 siblings: Lojze, Mirko, Štefka, Janko, Nande, and Rafko. In lieu of flowers, contributions may be made in her memory to Catholic Mission Aid, 1076 East 176th St. Cleveland, OH 44119. All services are PRIVATE due to COVID restrictions. A celebration of Millie’s life will be scheduled at a later date.  Arrangements are by THE ZEVNIK-COSIC FUNERAL HOME OF WILLOUGHBY HILLS, 28890 CHARDON ROAD. Link to the Livestream of the Mass. 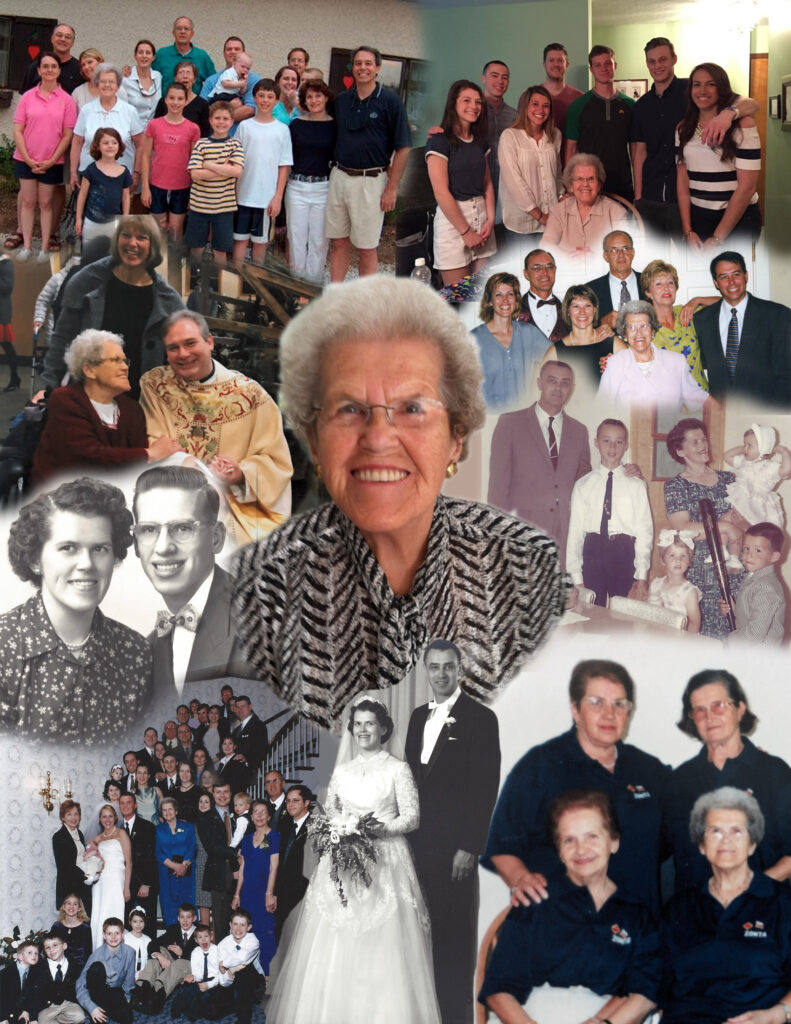 Offer Condolence for the family of Milica Ovnic

We are pleased to provide for you this grief video series by Doug Manning titled The Journey of Grief. His presentation about the END_OF_DOCUMENT_TOKEN_TO_BE_REPLACED