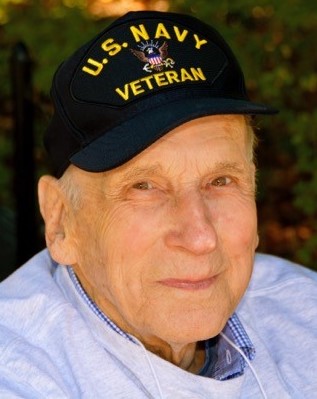 Paul was born September 10, 1925 and passed away April 26, 2018 at Jennings Center for Older Adults where he was a resident for 3.5 years. He was a parishioner of Communion of Saints (St. Ann Catholic Church) for over 60 years. Paul graduated from Euclid Shore High School in 1943 and graduated from Ohio Wesleyan University in 1948 where he was a member of Phi Delta Theta Fraternity. Paul was a Boy Scout leader and a member of Kiwanis in Collinwood. He was an independent insurance agent for over 50 years and was a onetime partner of Lou “The Toe” Groza; finishing his career with Brooks and Stafford Insurance Company. He was a big supporter of the Cleveland Orchestra and enjoyed running, golfing, oil painting and drawing. Paul was very outgoing, engaging and hardworking. He had a great sense of humor and was very dedicated to his wife, family and church. He will be dearly missed.

Mass of Christian Burial Monday, April 30, 2018 at 10 AM at St. Ann Catholic Church of Communion of Saints Parish (Coventry at Cedar) concluding with Military Honors. Cremation following by DeJohn Crematory. Private burial will take place at All Souls Cemetery.  Family will receive friends to pay tribute to and celebrate the life of Paul at THE DeJOHN-FLYNN-MYLOTT FUNERAL HOME OF SOUTH EUCLID, 4600 MAYFIELD RD. (just east of Green Rd.) SUNDAY 2-6 PM.

Offer Condolence for the family of Paul A. Greve

We are pleased to provide for you this grief video series by Doug Manning titled The Journey of Grief. His presentation about the END_OF_DOCUMENT_TOKEN_TO_BE_REPLACED