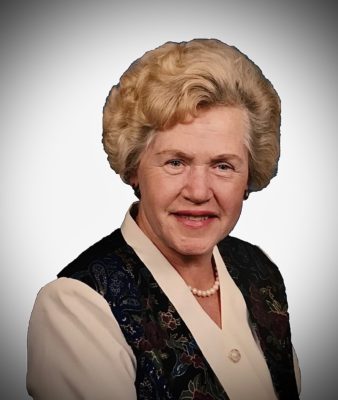 PAULA (Arnez) HAUPTMAN, age 88, passed away April 1, 2020 at Slovenian Home for the Aged in Cleveland, OH where she had been a resident since October 2013 with Alzheimer’s.

Born October 15, 1931, an identical twin to Helena, in Jesenice, Slovenia.  Her favorite childhood memory was helping her mother decorate cookies at the family bakery in Jesenice for the holiday feast of St. Nicholas. She fled her homeland in 1945 after losing her father and oldest brother. Paula spent 4 years in a refugee camp in Spittal, Austria with her siblings and immigrated to the United States in 1949.

Initially she resided in Milwaukee, WI, then a few years later moved to Cleveland with Helena, where the Slovenian community was more active. She married Ivan Hauptman in November 1955 and within 10 years their home in Richmond Heights was filled with four children. It was important to her to keep the Slovenian language alive in the home, along with the religious and holiday customs as a foundation. She loved to work, especially in the garden and the kitchen. She enjoyed preparing meals & pastries celebrating holidays and special occasions with family and friends. Paula’s activities in the Slovenian community included singing in the choral group Korotan, being an active member of St. Mary Church and Altar Society, and Slovenska Pristava Pensioner’s Club.

Offer Condolence for the family of Paula Hauptman

We are pleased to provide for you this grief video series by Doug Manning titled The Journey of Grief. His presentation about the END_OF_DOCUMENT_TOKEN_TO_BE_REPLACED