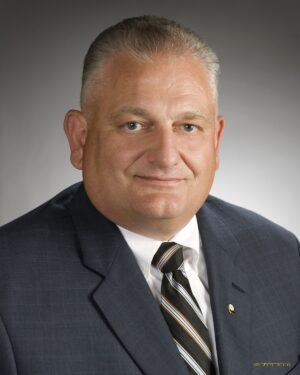 Premo was born on November 10, 1948 in Kittanning, Pennsylvania and passed away on December 29, 2021. He was a resident of Kirtland since 1973, formerly residing in Chardon. Premo grew up in Pennsylvania and moved to Cleveland in 1965. He graduated from Chardon High School in 1966. Premo was a parishioner of Divine Word Catholic Church where he was an usher. He was a member of Divine Word Catholic Church, Holy Name Society since 1986, was the President 2016-2020 and Man of the Year in 2018.

Premo followed in his father’s footsteps and joined the International Union of Operating Engineers, Local 18 in 1967.  He graduated from the first apprenticeship class in 1971, became a life member in 1997 and was honored with his 50-year membership in 2017.  Up until 1998 he worked for various contractors throughout the Cleveland area, notably Cleveland Trinidad.  Premo went on to represent Local 18 with dignity and respect for 17 years first as a Business Representative and retired as Director of Organizing.  He also served as an Officer, Conductor, Treasurer and Financial Secretary.  He loved what he did and was respected by the staff and membership alike.

Premo will be remembered most as a people person and was like a father to many.  He was great at giving advice and was a go-to on how to fix things.  Premo was giving of his time and was a great storyteller. Making memories with his grandkids was something he cherished, especially taking family trips to Lake Greenwood, SC.  Premo loved restoring cars and jeeps, fishing and hunting.  He also enjoyed cooking, walking their dog Archie at the park, playing golf and watching westerns.   He always looked forward to spending time with family and friends at his camp in Whig Hill, PA.  He enjoyed helping his son-in-law Edward at his winery in Willoughby.  He was extremely devoted to his family and his faith.  Premo will be dearly missed.

In lieu of flowers, contributions may be made in memory of Premo to Divine Word Holy Name Society.

Cremation by DeJohn Crematory. Mass of Christian Burial Friday, January 7, 2022 at 11 AM at Divine Word Catholic Church, 8100 Eagle Rd, Kirtland, OH 44094. Private burial will take place at All Souls Cemetery. Family will receive friends to pay tribute to and celebrate the life of Premo at THE DeJOHN FUNERAL HOME & CELEBRATIONS CENTER OF CHESTERLAND 12811 CHILLICOTHE ROAD (Rt. 306, just south of Mayfield Rd.) THURSDAY 4-7 PM and FRIDAY MORNING 10-11 AM at the Church. Family requests masks at the Funeral Home and at the Church.

Offer Condolence for the family of Premo Paul Panzarello

We are pleased to provide for you this grief video series by Doug Manning titled The Journey of Grief. His presentation about the END_OF_DOCUMENT_TOKEN_TO_BE_REPLACED