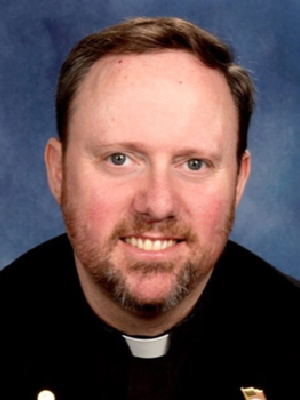 He was an outdoorsman who enjoyed fly fishing and bird hunting. In his youth, he was a skilled hockey player.  He always enjoyed following professional sports and could qualify as an amateur sports statistician. His favorite teams were the Boston Bruins and the Boston Red Sox.  He also loved the Beatles.

Dan was described as independent, kind and compassionate. He was both a very precise and patient man. He was very intelligent and well-read. Dan could talk to anyone about anything. He had enjoyed talking about history and had a tremendous memory.

He is remembered as having a wonderful sense of humor and great sense of timing.

He was a living example for his nephews. He took great pride and delivering the sacraments for his family, baptizing all of the children and officiating marriages. Above all, Dan was devoted to his family.

He will be missed by all.

The wake will begin on Thursday, May 13, 2021 in St. Mary Church, 401 North St., Chardon, Ohio, 44024 at 3 PM with Vespers and will continue until 8 PM. Bishop Martin J. Amos will be the presider and Fr. Daniel Schlegel will be the homilist. The Funeral Mass will be celebrated Friday, May 14, 2021, in St. Mary Church at 11 AM. Bishop Edward C. Malesic will be the main celebrant and Father Michael Gurnick will be the homilist. Interment at Resurrection Cemetery, Valley City.  Arrangements by THE DeJOHN FUNERAL HOME & CREMATORY OF CHARDON (formerly Ritondaro).

Offer Condolence for the family of Rev. Daniel P. Redmond

We are pleased to provide for you this grief video series by Doug Manning titled The Journey of Grief. His presentation about the END_OF_DOCUMENT_TOKEN_TO_BE_REPLACED